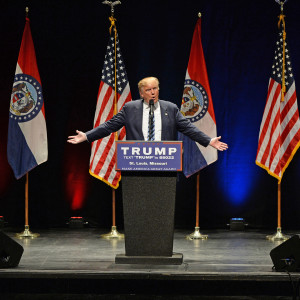 Economics may be the dismal science, and economists may be boring, but there really are a few eternal economic truths worthy of inscription in stone. The quantity of a good demanded declines as its price rises. Bigger economies demand more labor, that is, create more jobs. Economic distortions created by government may bestow benefits upon particular groups, but for the economy as a whole harm the economic interests of both consumers and producers by reducing the size of the aggregate economic basket.

And: Freer trade expands that basket. Trade deficits, whether bilateral (between the U.S. and a given trade partner) or in the aggregate, are irrelevant. Protectionism is likely to be the most costly way to help those harmed by international competition. And imports are the benefit and exports the cost of international transactions.

The same principle holds for goods that we import from overseas: The clothing and autos and food and the myriad other things that foreigners sell to us are the benefits of trade transactions. If we could obtain comparable goods at comparable prices domestically, we would do so, and thus avoid the higher transportation costs usually attendant upon international shipments. International trade happens for the same reason that we buy our groceries at the supermarket: Different groups of people can produce various goods at different costs, just as farmers generally can produce food more efficiently than is the case for us city slickers. We send dollars overseas to pay for goods that foreigners can produce at lower costs, and foreigners buy U.S. goods for the same reason; such are the old-fashioned manifestations of comparative advantage. Or they might buy U.S. assets with those dollars; the goods or the assets that we send to foreigners are the cost of international transactions.

Mr. Donald Trump has argued repeatedly that “we don’t win any more” (whatever that means), and that we sell “practically nothing” to Japan and others, China and Mexico in particular. Really? U.S. exports to Japan in 2015 were $62.5 billion; for China and Mexico the respective figures were $116.2 billion and $236.4 billion.  For advanced technology products, the respective U.S. export figures were $16.9 billion, $34.2 billion, and $40.3 billion, concentrated heavily in aerospace, information and communications, and electronics, among other sectors.

Now, Mr. Trump has decried bilateral trade deficits (buying more from a given country than they buy from us) continuously. That premise is fundamentally flawed: My wife and I buy all our groceries from the local supermarket, and we sell them nothing. So we have a large “bilateral trade deficit” with them; so what? Moreover, Trump has gone on to describe such deficits as “losses,” rhetoric that is particularly ridiculous: Does he believe that we send dollars to, say, China and receive nothing in return? Nor are total trade deficits a problem; if foreigners added together buy less from us than we buy from them, then the dollars that remain in their hands must be used to buy U.S. assets; that ultimately is the only possible alternative use. That is, those dollars must be used to invest in the U.S. Precisely how is that a problem?

Just as individuals and families must live within their means, whole economies ultimately can consume no more than they produce, because those who sell us the goods and services that we consume continue to insist that they be paid. That is the fundamental reason that Mr. Trump’s policy prescriptions are so perverse: Tariffs and other tools to effect “better trade deals” by definition would increase the cost of aggregate consumption, and so cannot improve economic wellbeing unless one believes that such threats would ease trade restrictions overall. But it is clear that Mr. Trump and many of his supporters are deeply suspicious of liberalized trade, viewing it, often correctly, as a source of reduced wages and earning potential for many Americans forced to compete with foreign producers operating under conditions of lower costs.

And so Mr. Trump’s arguments contradict themselves, but lead us back to first principles. Trade makes the aggregate basket of goods and services bigger; interfering with it is perverse. Because trade deficits over time weaken the dollar, they gradually increase exports and reduce imports. Free trade thus tends toward “balance” to a significant degree; and this means that trade has the effect of shifting employment among sectors, rather than reducing it. Moreover, suppose that the U.S. economy systematically were growing faster than those of major trading partners; we would be buying more, loosely speaking, than they. The result would be aggregate trade deficits reflecting relative economic strength, and increased foreign investment in the U.S. (see above), reflecting the same.

Policies that would increase productivity—a reduction in regulatory burdens, adoption of reforms in the tax system, a stronger emphasis on federalism as opposed to the expansion of federal power—are one part of the answer to the problems created for many by foreign competition. But other policies also are needed to improve the economic prospects of those whose livelihoods are threatened by foreign competition. (As an aside: Who does Mr. Trump think are the beneficiaries of all those inexpensive goods imported from, say, China?) A sharp increase in the earned income tax credit. A wage subsidy. Retraining subsidies. Etc. Making work pay for all is an essential component of a free trade policy, a reality that Mr. Trump does not understand and that many of my fellow proponents of free trade have forgotten. That is a central reason that the Trump demagoguery has received so much support.