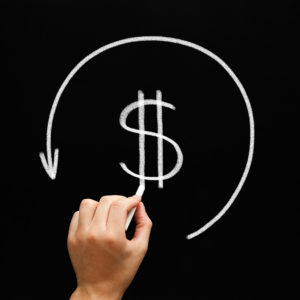 Prosecuting — and punishing — someone twice for the same crime is an outrage. It is also illegal — double jeopardy — under our form of government.

Yet double taxation is legal — and arguably as much an affront to fairness.

One well-known form of financial double jeopardy is the capital gains tax. Which is actually triple — or quadruple — taxation, depending on who’s counting. You earn income — which is then taxed, several times. Federal, state, FICA (and lately, Obamacare, too).

And then what’s left is taxed again when you buy something — a house, say. You pay tax on the purchase. And on everything associated with the purchase (e.g., title searches, lawyer fees, preparation, etc.) And then you are taxed again each year as long as you own the house (property taxes).

Then you’re taxed again — capital gains — when you finally sell the house.

It’s a miracle anyone can afford to buy a house.

Another, less well-known double tax that some in Congress are pushing is a new — and higher — tax on carried interest income, which is the return on investment income. This income is already taxed as capital gains (plus an additional 3.8 percent “investment tax”) but this is apparently not fair enough for some — who want to see it taxed as high as 43.4 percent (39.6 percent federal income tax plus the 3.8 percent investment tax).

Like capital gains, it is easy to demagogue carried interest income because it is paid out chiefly to affluent people such as fund managers. The people often derided by tax-happy liberals as “the rich.”

But as a moral issue, double (or triple) taxing people simply because they have more to tax is not much different than subjecting a strong, healthy man to a beating because “he can take it” more than a weaker, less healthy one. It is fundamentally punitive — and punishing people shouldn’t be the basis of taxing them.

Much less taxing them twice.

New York senator and now Minority Leader Chuck Schumer disagrees. He is leading the fight in Congress to close what he styles the “loophole” that currently keeps at least one of the government’s mitts off this form of income — much as he has sought to close the “gun show loophole” — the left’s demagogic terminology for private sales between individuals without having to report everything to Big Brother.

It’s the same double standard in both cases.

He likes having men with guns all around him for protection but has spent decades in Congress working to take guns away from ordinary men and women, who have them to protect themselves — because they can’t afford a taxpayer-provided armed escort, as Schumer can.

Now he wants yet another tax. Heaped on all the other taxes. Cap gains plus income tax plus “investment tax.” And he has the effrontery to describe this double-triple-dipping as the closing of a loophole.

Leaving aside the moral issue, there is also an economic issue to consider.

More investment equals more economic activity equals more growth, more jobs and thus, more wealth for everyone. It also means more revenue for the government as a result of the increased economic activity. This is another economic lesson liberals like Schumer seem to never learn.

All they see is a fixed pie — and they want an ever larger slice.

But taxation doesn’t create wealth — it takes it away it. Consumes it. And more than just the obvious slice, too.

There is also what economists refer to as the opportunity cost — what might have been had the money been available to create jobs or to invest in wealth-producing activities rather than frittered away on wealth-consuming activities such as Schumer and other big-spenders (of other people’s money) specialize in.

President Trump — a builder of things rather than a taker of things — ought to be wary when Schumer offers to work in good faith with him, as he did recently. Especially since the senator has couched his offer of help in the form of a threat.

He said recently that he is willing to help the new president fulfill his campaign promise to rebuild the nation’s decaying infrastructure … provided that Trump agrees to close the loophole and tax carried interest income twice as part of any legislative deal.

This is a form of extortion — another form of double-dealing. And it is exactly the sort of thing to which the new president was elected to put a stop.