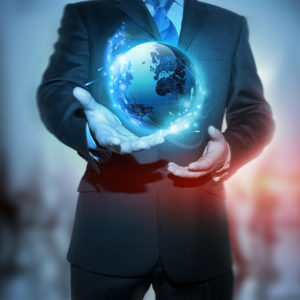 In 2008, on the eve of the Great Economic Recession, world economic policymakers were overly complacent about the global economic outlook. That left them totally unprepared for the economic and financial market crisis that subsequently occurred.

Today, 10 years on, one has to wonder whether policymakers are not again being overly complacent about the global economic outlook by totally dismissing the risk of another unusually deep global economic recession. By so doing, they once again might be caught ill prepared to react to any future economic downturn at great economic and social cost.

Seemingly fighting the last war, world economic policymakers are taking great comfort from the fact that the U.S. financial system is very much less vulnerable than it was on the eve of the 2008 Lehman bankruptcy crisis. Not only has legislative action like Dodd-Frank been taken to make the banks more resilient to an unfavorable economic environment. Tighter regulation of the banks has also ensured that their leverage ratios are nowhere nearly as high as they were in 2008.

While the U.S. banking system might be more resilient than it was before, the same cannot be said of the European banks and the global shadow banking system. More worrying yet, today there are a confluence of factors absent in 2008 that would seem to make the global economy particularly vulnerable to yet another downturn of unusual severity.

These include the fact that following years of highly unorthodox monetary policy, the world is drowning in debt and global credit risk mispricing is very much more pervasive than it was before the last world economic downturn. At the same time, whereas in 2008 a principal weakness in the world economy was the U.S. housing and credit markets, today serious fault lines characterize a number of systemically important countries.

To its credit, the IMF has been warning that global debt levels today are 30 percent of GDP higher than they were on the eve of the Great Economic Recession.

However, one wonders whether global policymakers are paying enough attention to the systemic global financial market risks constituted by the unusually high debt levels in some key economies. China has experienced a credit bubble of epic proportions, the Italian public debt to GDP ratio remains dangerously high, and emerging market corporations have borrowed excessively in U.S. dollar terms.

Similarly, it would seem that while policymakers have been alert to the rarefied levels reached by global equity valuations, they are not paying sufficient attention to the gross mispricing of global credit. This is rather surprising considering how very much larger the global credit market is than the global equity market. In particular, it is disconcerting that policymakers seem to have turned a blind eye to how compressed borrowing rates have become for risky corporate borrowers in both the advanced and the emerging market economies.

Sadly, there appear to be no shortage of potential triggers for the bursting of global asset bubbles and for an abrupt repricing of credit risk. These include the risk that an intensification in the U.S.-China trade war might accentuate the sharp slowdown already in evidence in the Chinese economy and that Italy’s dysfunctional politics and a generalized European economic slowdown might result in another round of the Eurozone sovereign debt crisis. They also include the risks that the United Kingdom might crash out of Europe in a disorderly way and that the emerging market economies might take a crippling body blow from a capital flow reversal.

To be sure, global policymakers could get lucky and the world economy could dodge the many risks with which it is now confronted. However, this would seem to be no responsible way to premise policymaking. Rather, what global policymakers should now being doing is to hope for the best but begin serious planning for the worst.