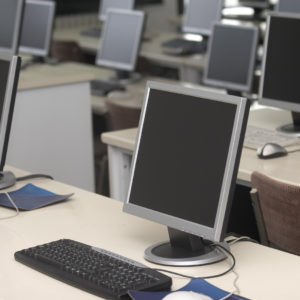 Economists may hold varying views on immigration policy, but they overwhelmingly say increasing the number of high-skilled work visas in the U.S. will help incomes rise overall.

Donald Trump took positions on the campaign trail both for and against the H-1B visa program for admitting high-skilled foreign workers for U.S. jobs. It is unclear if Congress will choose to pursue any changes to the program, but economists believe rolling back the program would ultimately harm domestic workers.

Immigration, in general, is a highly controversial topic because of the potential impact it has on domestic workers. Immigrants with degrees in science and engineering, however, are likely to actually help domestic workers. Those foreign workers are likely to boost the U.S. economy and cause overall incomes to increase over time.

The H–1B visa program provides employers with high-skilled foreign workers when they cannot find qualified domestic workers. Critics have contested it’s being abused by employers looking for cheap labor. Supporters note abuses have occurred but overall most employers respect the program and scaling back the program could significantly harm the U.S. economy.

The University of Chicago Booth School of Business explored the question of the impact on domestic worker income last year with a panel of top economists. The panel overwhelmingly concluded that allowing employers to hire more immigrants with advanced degrees would help wages rise over time, according to 94 percent of the respondents. Only six percent were uncertain and none disagreed.

“What do economists anticipate would happen if U.S. companies were allowed to hire more highly skilled immigrants?” the Chicago Booth School of Business asked. “All agreed that over time, welcoming these elite foreign workers would pay off.”

Economists have expressed similar support for high-skilled immigrants in the past. The panel of experts included economists from Yale University, Stanford University, Princeton University and the Massachusetts Institute of Technology. The survey included Nobel laureates, John Bates Clark medalists, and former presidential advisers.

“The ability to bring the best and brightest from throughout the world to our economy is a great resource,” Yale Prof. Larry Samuelson said as part of the panel.

David Autor of MIT explained: “Much U.S. wealth comes from innovation, and foreign-born STEM workers are a huge contributor to that effort.”

President-elect Donald Trump has made immigration a central focus of his platform. He even expressed concern high-skilled immigrants could harm domestic workers by allowing employers to undercut wages. Center for Immigration Studies Research Director Steven Camarota notes immigrants with advanced degrees could yield positive results but says there are still risks.

“In general people will do well, they’ll earn high incomes, they will generally pay more in taxes than they use in services, so there isn’t a concern about the fiscal impact,” Camarota told InsideSources. “The hope is that these highly skilled people will drive innovation or be particularly entrepreneurial.”

Camarota adds that the number of jobs in science and engineering is limited. He warns that a potential risk of allowing more high-skilled immigrants is that it could create more competition for domestic workers. The question may come down to whether employers in those fields need more workers.

“[It] would ensure that immigrants who enter will be prepared to compete and succeed in today’s America,” Ray told InsideSources. “Their impact on the labor market will be diminished, however, due to their lower numbers. And their higher skill levels will ensure less impact on the nation’s strained social services.”

Some have argued there isn’t enough high-skilled domestic workers to meet labor demands in some advanced sectors. The computer technology industry, for instance, has become more reliant on H-1B visa workers to bridge the shortfalls in needed skills.