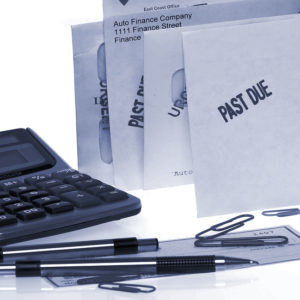 According to research from credit bureau TransUnion to measure consumer hardship caused by COVID-19, nearly 70 percent of Americans are currently worried about their ability to pay off bills and loans, anticipating an average budget shortfall of about $1,000.

With 30 million jobless claims filed within the last month alone, and absent of any sign that the COVID-19 pandemic will abate in the coming weeks, those concerns will likely multiply as millions of Americans who already struggle to stay above water increasingly face a cash crunch.

That’s why a handful of lawmakers sought to suspend negative credit reporting until 120 days after the current declaration of national emergency expires. After all — with much of the American economy on hold — does it really make sense to be penalizing people for failing to foresee a pandemic?

The truth is, suspending credit reporting isn’t the panacea. Before COVID-19, the majority of Americans lived without a buffer and a strong economy helped mask that. If credit reporting becomes limited, the scores (primarily FICO scores, used by 90 percent of top lenders) could be less accurate.

Lenders would be operating blind, resulting in less access overall and many who are given loans paying more in the end. While FICO scores tend to rebound quickly following periods of financial crises, the question is how long it will take and how consumers will fare in the short-term.

At the same time, there’s real urgency, and the financial system as a whole has struggled to move quickly enough to meet demand for people and businesses alike. There’s no one-size fits all solution, but a step that would be extremely helpful would be to embrace alternative data en masse as a supplement to FICO scores.

This would help now as well as in the future, aiding in expediting underwriting decisions while identifying people who were financially prudent despite COVID-19’s effects.

FICO scores are focused squarely on what people owe, and how they get paid. While they are working to include new data aspects, it is now even more critical for lenders to take into account alternative data sets such as examining bank transactions to verify identity, income stability and average balances to ensure the ability to repay.

Having additional payment visibility would help lenders wade more comfortably into giving loan access to those who really need it. There are 38 million Americans with scores below 600 who were already shut out by the traditional financial system before COVID-19.

With access to better data that goes beyond a credit score, lenders could consider candidates without strong credit on a case-by-case basis rather than avoiding them altogether — and it could happen in real-time. Sure enough, studies have shown that alternative data, on the whole, helps bring more millions more people under the tent. This could help stop many preventable bankruptcies.

So, while banks’ preparedness through strong balance sheets has been vital right now, alternative data that can help lenders venture safely to people without perfect credit would be a much-needed win-win.

With the harmful effects of COVID-19 pushing many Americans to unprecedented credit needs, time is now to find ways to open up access to loans in ways that provide options for more consumers while keeping lenders from jeopardizing their ability to continue to offer these important products to the many who rely on them.

Alternative data won’t solve the whole problem — what we face is far more complicated than that — but lenders are a critical component of the answer we need, and giving them more certainty rather than less will help them do more.

Jared Kaplan is the chief executive officer of OppLoans, a leading financial technology platform that provides accessible products to credit-challenged consumers. He wrote this for InsideSources.com.