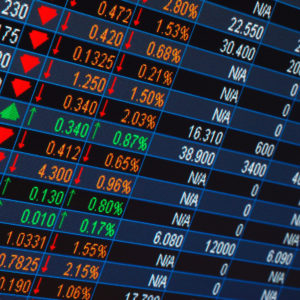 Emerging Market Meltdown Is More Than a Tantrum

As the emerging market currency meltdown spreads from Argentina and Turkey to Brazil, India, Indonesia and South Africa, the optimists — who did not anticipate this meltdown in the first place — now dismiss it as a mere tantrum. By this, they mean that it is likely to be a passing phenomenon much as was the case with the Bernanke emerging market taper tantrum back in 2013.

It is hoped U.S. policymakers will not be quite as dismissive of the emerging market economies’ present currency weakness as the optimists seem to be. This is especially so considering that these economies now constitute more than half of the global economy and have been the main engine of world economic growth. If, as is all too likely, the present currency crises in Argentina and Turkey are a harbinger of a marked slowdown in emerging market economic growth, that could have serious implications for the world economic outlook.

One reason to think that the present emerging market currency weakness is not a passing phenomenon is that all too many of these economies have fundamental economic and political vulnerabilities. While in an environment of ample global liquidity those weaknesses did not matter much, they did matter as soon as the Federal Reserve began to raise interest rates in earnest and as soon as the dollar started to appreciate. Investors no longer needed to stretch for yield abroad, and they now could once again become more discriminating in taking on risk in the emerging market economies.

With their large external deficits, their weak public finances and their turbulent politics, countries like Argentina and Turkey stood out among those emerging market countries most vulnerable to a change in the global liquidity environment. However, they were hardly alone. Other important emerging market economies like Brazil and South Africa, too, had the shakiest of public finances and they too had real political strains as they approached forthcoming general elections. This makes those countries as well as Argentina and Turkey highly vulnerable to any further increase in U.S. interest rates and to any further dollar strengthening.

As George Soros never tires of reminding us with his theory of reflexivity, when markets move a lot they can create new economic conditions. In the context of a generalized emerging market selloff, this could mean that those countries with formerly strong economic fundamentals can have those fundamentals severely undermined by a sharp weakening of their currencies and by a large increase in their borrowing costs. If interest rates have to be raised to defend their currencies and that induces an economic recession, budget positions that were once strong could be seriously undermined. That in turn could further scare off investors.

Earlier this year, Federal Reserve Chairman Jerome Powell confidently asserted that the emerging market economies would weather well the Fed’s move to gradually normalize U.S. monetary policy. I hope he has been paying close attention to the unfolding economic crises in Argentina, Brazil, South Africa and Turkey. Maybe then, the Federal Reserve will not get caught flatfooted in responding to an emerging market crisis that has the real potential to derail the global and U.S. economic recoveries.