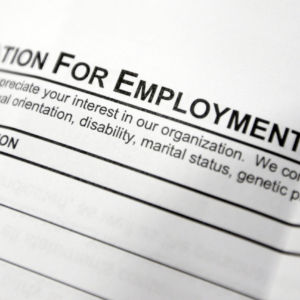 The U.S. labor market continued its slow recovery by adding an additional 151,000 new  jobs during the month of August, according to a federal report Friday.

“Total nonfarm payroll employment increased by 151,000 in August,” the report detailed. “The number of unemployed persons was essentially unchanged at 7.8 million in August, and the unemployment rate was 4.9 percent for the third month in a row. Both measures have shown little movement over the year.”

The economy is showing plenty of positive signs it is recovering from the recession. Job growth has been solid and the labor market even managed to reach full employment. Nevertheless other market indicators are showing very troubling signs. The labor force participation rate, for instance, has been in a sharp decline since 2008.

“We keep going back to the labor force participation rate as an indicator of that,” Job Creators Network President Alfredo Ortiz told InsideSources. “Its still at a generational low, below 61 percent. You break it down even further and find this 25 to 54 age group that hasn’t even recovered.”

The labor participation rate tracks the number of employed and those actively seeking work as a percentage of the total population. The participation rate factors in those who have suffered long term joblessness, unlike the unemployment rate. The Gross Domestic Product (GDP) has also shown troubling numbers.

“The economy is challenged right now,” Project 21 Council Member Hughey Newsome told InsideSources. “GDP is the true indicator of what’s going on. If the economy is not growing you’re either going to have flat wages or declining wages. There’s a lot of jobs coming aboard but you don’t have good jobs.”

GDP growth has sat at roughly one percent over the past several months. Newsome adds that employment growth should be at least at 350,000 new jobs a month and GDP should be at three percent. He notes that anything less will mean the economy is failing to keep up with population growth.

“In theory you need three percent economic growth to maintain population growth,” Newsome also noted. “You have job growth but you don’t have solid wage growth. The jobs that we’re adding are low wage jobs which is more of a challenge.”

President Barack Obama has overseen the recovery throughout his entire administration. The recession was sparked by the subprime mortgage crisis and the financial crisis of 2007. Ortiz warns increased regulations and high taxes are to blame for the slow recovery.

“Small business owners in particular are just not willing to take the chance or can’t take the chance because of the environment that currently exists,” Ortiz went onto say. “That’s what I think is keeping the hiring from being more robust.”

Food services and drinking saw the most significant increase of new jobs at 34,000 followed by social assistance and technical services. Mining, however, continues to see a decline in employment by losing 4,000 jobs. Mining has decreased by 223,000 jobs since reaching its peak in September 2014.

Average wages increased by 3 cents and now sits at $25.73 for the month of August. Wages in recent months have shown slow, yet positive growth. The jobs report does not include farm workers, private household employees and nonprofits.