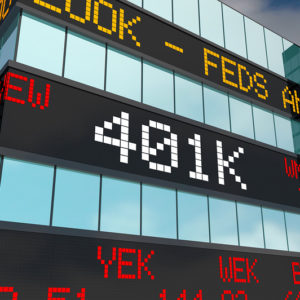 How do we measure the effect of an investment beyond profits? That has been a key question for investors in recent years, one that has led to massive interest in investment strategies that maximize returns while also doing good around the world.

One framework, focused on environmental, social and governance (ESG) issues, now has $40 trillion of assets under its broad umbrella. But what happens when an ESG-driven investment strategy ignores the larger effect of those investments or — even worse — harms the beneficiaries it is intended to serve?

Public and private pension plans — which are entrusted to protect and maximize the retirement savings of steelworkers, autoworkers, police officers and first responders — have driven the shift toward ESG because of a belief that these activities can create returns for their beneficiaries. However, many of these investors have adopted ESG as a singular focus — a kind of investment tunnel vision that ignores societal effects outside of ESG.

ESG is commonly known as a catch-all for the entirety of a company’s influence on society, but it is actually a very specific term. In practice, ESG initiatives tend to focus primarily on climate change and diversity. These issues deserve consideration, but they aren’t the only ones that matter to pension plans and retirees. They should be part of a larger framework that considers how investments affect the country, the economy and the jobs supported by those investments. ESG tunnel vision has the potential to cause real harm, even if it comes with the spirit of good intentions.

A recent popular tactic among ESG investors is divestment from shale producers, fossil fuels and other reliable energy sources. While this strategy might advance environmental goals, it also affects local labor markets, workers and families depending on the jobs.

The global effect of these divestments should not be dismissed, either. Russia’s invasion of Ukraine was partly enabled by global reliance on Russian oil and gas — a reliance that could have been curbed by investments in energy infrastructure and production elsewhere.

While ESG goals are important, they must be part of a balanced strategy. For example, public pension funds in Texas may soon cease working with investment managers that divest from fossil fuels. This move represents an emerging trend of evaluating investment effects with a wider lens. A jobs-focused investing framework recognizes that many of the state’s communities — and many of the beneficiaries and family members these funds are supposed to support — rely on energy investments to support their local economy and would be actively harmed by such a divestment.

These considerations don’t just apply to one state or one industry. Manufacturing, supply chains and data are just some of the major sectors worthy of investors’ attention during a period of heightened geopolitical tension. Russia’s invasion of Ukraine won’t be the last global event to affect the markets, the supply chain and businesses around the world. The long-term rivalry between the United States and China could yield another major disruption. This uncertainty has refocusedinvestor attention on these issues in part because they affect the people they are supposed to serve.

There is a comprehensive, well-rounded solution to some of the questions raised by ESG strategies: invest in companies that are reshoring production to the United States. These companies are expected to be more resilient to external shocks and global upheaval, resulting not only in potentially better returns for beneficiaries but important societal and economic effects for those plan members. Indeed, during this recent episode of Russia-driven market volatility, Amberwave Partners’ own exchange-traded fund focused on U.S. supply chain security and American jobs and has outperformed both the broader market and many of the largest ESG funds.

ESG seems to be everywhere in the financial markets, but the truth is that the impact investing movement is only just beginning. Investors owe more to their beneficiaries than just the narrow goals of ESG. Prudent investment managers need to also consider jobs, security and long-term economic growth — all of which can be expected to have a tangible effect on the everyday lives of the beneficiaries they serve.

Thomas Emanuel Dans, CFA served as Counselor at the U.S. Department of the Treasury from 2020-2021 and is a co-founder of Amberwave Partners, a New York and Houston-based investment manager focused on U.S. jobs, security and growth. He wrote this for InsideSources.com.