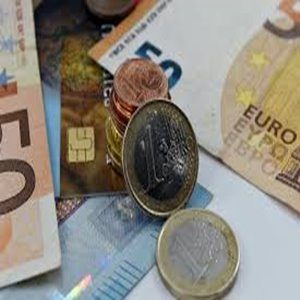 All of this does not bode well for either the European or the global economies in the year immediately ahead.

As it entered 2020, a striking feature of the European economy was that all four of its largest economies — Germany, France, Italy and the United Kingdom — were beset by meaningful economic or political difficulties. As a result of these difficulties, in the last quarter of 2019 the overall European economy expanded by barely 0.1 percent, with France and Italy registering negative growth rates.

Unfortunately, with the fallout from the coronavirus epidemic about to hit the global economy, there is not much reason to believe that the economic or political difficulties besetting each of Europe’s four main economies will clear up anytime soon.

Indeed, the heavily export-oriented German economy is all too likely to continue to be among those world economies most adversely affected by a slowing Chinese economy. With the coronavirus very likely to reduce Chinese economic growth from 6 percent in 2019 to around 4 percent in the first half of 2020, Germany’s economy is bound to take a further meaningful hit. At the same time, the Trump administration’s continued threat to impose a 25 percent tariff on European automobiles is likely to continue weighing heavily on Germany’s automobile sector.

Over the past year, France’s economic performance has been weighed down by President Emmanuel Macron’s waning political fortune and by widespread social unrest triggered by his unpopular economic reform agenda. With Macron showing no sign of backing down on his deeply unpopular pension reform initiative, there would seem to be little reason to expect an early turnaround in the French economy.

Since the June 2016 referendum, Brexit has not been kind to the U.K. economy. As investors fretted about the possibility that the U.K. could crash out of Europe without an economic deal, the U.K.’s economic performance lagged well behind that of its G-7 peers. By end-2019 the U.K. was on the verge of an economic recession.

While the U.K. did leave Europe on January 31, it still has to negotiate a permanent economic relationship with the European Union during the one-year transition period that ends in December 2020. Judging by Boris Johnson’s hardline Brexit position and by his insistence that the U.K. will not seek an extension in the negotiation period, investors are bound to continue worrying about the U.K. crashing out of the European Union at the end of the year.

Most troubling of all is Italy’s poor economic outlook. Italy has the dubious distinction of having a lower per capita income today than it did some 20 years ago. It also has Europe’s second highest public debt to GDP ratio after Greece and a relatively unstable government. This makes its economy particularly exposed to any further slowing in the European and Chinese economies. With the Italian economy yet once again contracting toward the end of last year, one cannot rule out a recurrence of the Italian sovereign debt crisis in 2020.

European policymakers have compounded earlier European economic downturns by the pursuit of a pro-cyclical fiscal policy. With the German government insisting on maintaining a balance budget and with the European commission insisting that countries comply with the Eurozone’s budget deficit limits, there is little reason to think that European policymakers will use budget policy to counter the next European economic downturn.

The likely lack of a fiscal policy response will again put the full burden of supporting an ailing European economy on the European Central Bank. However, with policy interest rates already in negative territory, the ECB is bound to be very much less effective in jump starting the European economy than it was during the last Eurozone sovereign debt crisis.

With Europe’s economy being approximately the same size as that of the United States, another European economic slowdown would have a major effect on the global economy. U.S. economic policymakers would ignore the current risks to the European economy at their peril.