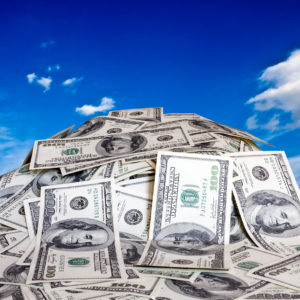 A group of labor experts released a report Tuesday claiming that a decline in union membership is a primary reason wages are falling, but other economists expressed skeptical views because of a lack of evidence in the report.

The Economic Policy Institute  released the report showing union membership and wages have both declined since the 1970s. The report concludes the union decline is a primary factor for why wages are falling. InsideSources inquired further about the methodology and the conclusions of the study.

“No data set is perfect and here we’re taking a very broad look at the developments in the economy over the past three and half decades,” report author Jake Rosenfeld answered during a call with reporters. “I think this is a study that is sensitive to the issue of causation versus correlation and we backed off from purely causal claims.”

The report expands upon earlier research by noting the wage decline is true for nonunion workers too. It does demonstrate both wages and union membership have declined but does not offer evidence whether they are interlinked in a significant way. Nevertheless, Rosenfeld states unions are the main reason for why wages have declined.

“The core takeaway from the report is that union decline has cost nonunion workers billions of dollars in take home pay over the past three and a half decades,” Rosenfeld also noted on the call. “We argue that union decline is the top culprit when it comes to understanding the deteriorating economic standing.”

The report notes that factors like globalization and technology could also be causing wages to decline. It adds those factors are likely not as problematic as union membership in determining lower wages.

The free market American Enterprise Institute disagrees with many of the report’s conclusions. While scholars agree unions likely impact wages, AEI sees other factors having a much larger influence.

“I think the major reasons we are seeing wage decline over the last few decades is primarily globalization and technological changes,” AEI Resident Scholar Aparna Mathur told InsideSources. “And not the fact union membership has declined. You need to look at this more broadly.”

Mathur adds its questionable to think unions are the primary factor for why wages are declining. Globalization, for instance, has led to more outsourcing and more imports. Technology has led to automation which allows companies to replace workers with robots. Those factors mean there are less demand for labor and thus less pay.

“I don’t know how you can deny the big change over the last few decades has been the outsourcing of jobs,” Mathur also noted. “That’s where we have seen workers losing their jobs or not getting adequate wages. To say all of that because suddenly unions don’t exist is stretching the truth.”

Rosenfeld recommended looking at the report methodological appendix for details on the analysis. The methodology demonstrates union membership and wages have gone down together. But it doesn’t show whether unions are the main reason for the decline when compared to other factors.

“There is an inverse relationship between unionization, growth, employment and wages,” American Action Forum Fiscal Policy Director Gordon Gray told InsideSources. “As unions have been declining there has actually been higher economic growth and faster job creation and better overall outcomes in the labor market.”

The American Action Forum found in a report May 26 essentially the opposite conclusion. It saw wages and employment opportunities increase when union ranks decline. Union critics often claim the labor movement can have a negative impact on the economy because it diverts time, funds and legal resources away from businesses.