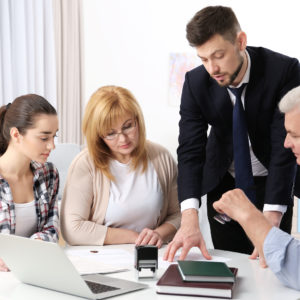 With No Successor for the Family Business, What Should Retiring Baby Boomers Do?

Imagine a mom and dad at the age of 67 who own a small, but profitable bed and breakfast in New Hampshire. They want to retire soon, but their two kids aren’t interested in taking over the family business. What do they do?

As the baby boomer generation reaches retirement age, this is a question many small businesses owners are starting to ask. Either their children don’t want to lead the family business or the owners don’t have kids. Regardless, many experts see an impending crisis affecting locally-owned businesses. With only a small percent of family-owned businesses being passed on to the next generation, most of these businesses will either quietly go out of business, or get sold to out-of-state buyers.

According to the U.S. Small Business Administration, 90 percent of small businesses are family-owned. Among family-owned businesses that foresee an ownership change within the next five years, only about half plan to pass the business on to the next generation, the smallest share since 2010 and down from 74 percent of companies that said this two years ago, according to the 2017 U.S. Family Business Survey by PwC conducted in late 2016. Among the 160 family firms surveyed, relatively few said they plan for the family to continue to own the business while someone else runs it.

“In this latest survey, far more businesses told us that, instead, they’ll be seeking buyers outside the family within the next several years — nearly one-third of respondents, compared with 19 percent two years ago,” the survey found.

But Ted Clark, director of Northeastern University’s Center for Family Business, said owners without another generation to pass the company over to is not necessarily a new trend. He said it’s part of the “cycle of family businesses.”

“You do see a dynamic between the generations where mom and dad don’t want to go, but the kids want to be independent, and they struggle on how to make that happen,” he told InsideSources. “For businesses that don’t have someone to take over, part of the problem for some of the smaller ones is that their entire life’s work is in the business and the business doesn’t generate enough money to cover their retirement and have another generation take over.”

Another issue facing small business owners is the ever-political estate tax. That was one of the first challenges that came to mind for Chad Moutray, chief economist for the National Association of Manufacturers (NAM).

“If you are trying to pass your company on to your son or daughter or some other family member, there is some tax transaction that that has to take place there,” he told InsideSources. “It’s a big issue for manufacturers and sometimes that makes it so much of a tax burden that it’s not possible to transfer.”

Though there is little evidence many businesses have gone under from estate taxes, it’s a hot-button issue for owners who see the tax jeopardizing family assets built over a lifetime — or several generations. Groups opposed to estate taxes say that many small businesses, even if they survive, must give up a chunk of change selling assets to pay the tax.

For NAM, more than 90 percent of their 14,000 members are small to medium-sized businesses. In 2014, there were more than 250,000 firms in the manufacturing sector and all but about 3,700 firms were considered to be small (having fewer than 500 employees). Approximately three-quarters of those firms have fewer than 20 employees, according to the U.S. Census Bureau.

Whether due to concerns about the estate tax or a lack of a successor to take over the family business, the shutting down of those companies could significantly impact state’s economies.

The PwC survey said it’s possible the number of businesses that plan to keep things in the family could increase. The last survey was conducted during a time of uncertainty for many business owners due to the 2016 presidential election and renewed economic anxiety.

Yet, the business landscape has also grown more complex in recent decades, which might leave family business owners confused and lost in the process of transferring power to a family member. It could also stem from a lack of strategic planning or communication between the owners and the next generation.

Nearly one-third of family firms have no succession plan at all, and only 23 percent have a plan that’s been put in writing and communicated to key firm stakeholders, the survey found.

This is something the Family Business Consulting Group advertises on their website as an important discussion that needs to happen with family members.

“This is a classic family business scenario bounded by assumptions and timing. Family businesses are typically ruled by assumptions. You and your children, as well as other family members and non-family employees, all have assumptions regarding the future of the business,” the website states. “You should remember that succession is a process that can take up to a decade to complete and the first step on this journey is ensuring the family has a frank discussion about their hopes and dreams for the future of this business.”

But if those discussions don’t go anywhere, experts suggest selling to employees or a third-party, or assemble a team of advisers or a non-family CEO to bridge the gap between parents retiring and children taking over. The other option is to shut down entirely. Whichever option owners decide, family business consultants suggest starting to plan as early as possible.