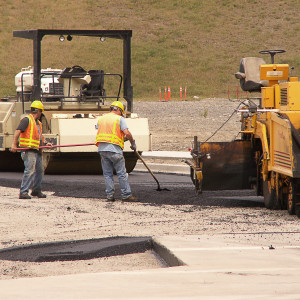 One unpleasant aspect of being an economist is that it sometimes falls on us to explain why a feel-good idea is actually harmful. This includes the “preference policies” used by many U.S. states to assist local businesses, by giving an advantage to in-state vendors who submit bid proposals for state projects. Our new research finds that, despite the support they enjoy on both sides of the political aisle, preference policies may be costing you hundreds of dollars each year.

Most preference policies work like this: If an in-state vendor comes within a specified percentage of the lowest bid on a project, it will be chosen over a more affordable out-of-state vendor. Seven states have broad policies that apply to virtually all contracts, while 12 other states apply preferences to only one or a few specific goods, services, and industries.

The idea sounds like a win-win, in that local businesses get more revenue and the opportunity to employ more local workers—real positives for a state’s economy. But, as is the case with many well-intentioned policies, it’s easy to tout the benefits and much more difficult to see the many hidden costs.

Preference policies are politically attractive because of the benefits they create for high-profile, politically influential, and often popular local businesses. The small percentage increase in project costs, as the state overlooks lower-cost bidders, seems like a small price to pay to strengthen a neighbor’s or cousin’s employer.

But it adds up, and the costs are passed on to everyone else, hidden in our tax bills. Our new Mercatus Center at George Mason University research estimates that in states with the most extensive preference policies, such as New Mexico, Ohio, and Wyoming, the average resident pays an extra $148 per year in state construction costs, or $158 per person in total capital expenditures.

Preference policies are not alone in this regard. Other economic policies like federally-subsidized local airports, sports stadiums garnishing public funding, and the Export-Import Bank create visible benefits for vocal special interest groups, but impose more than offsetting costs that are harder to identify because they are spread out among the population at large.

It’s up to taxpayers to decide if the higher costs are worth it. But they should know that preference policies damage more than their pocketbooks—they can also harm the economy as a whole. Open and truly competitive bidding is the means by which lower prices, higher quality, and new innovations are encouraged. Prices are driven down as excess profits are eliminated, and entrepreneurs face incentives to create new and better products that will please their customers (both governments and taxpayers) and continue to create wealth for themselves and their employees.
Preference policies remove some of these incentives, allowing local businesses to rely on favoritism rather than merit. If this occurs on a wide enough scale, you have the recipe for a sluggish economy.

Firms wishing to escape the constraints imposed by fair competition often turn to governments to enact policies which limit or create roadblocks for their competition. Policies that give in-state firms preferences or advantages when bidding on government contracts are no different.