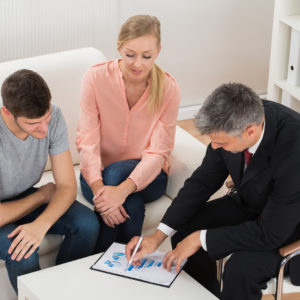 The U.S. Chamber of Commerce, a group of financial services lobby groups and a clutch of Texas-based business associations have banded together to challenge a landmark regulation on financial advisers put through by administration of President Barack Obama.

While the rule, known as the fiduciary requirement, was bound to draw a lawsuit from someone, the marquee business lobbies that have brought the case, together with who chose not to join it, suggests they face a steep uphill climb to reverse the rule.

“The first strategy is to try to get it overturned,” said Barbara Roper, director of investor protection at the Consumer Federation of America. “I think the arguments are pretty thin but that’s the goal. Delay could be a second goal, hoping for a friendlier administration.”

The Department of Labor approved the final version of the regulation in April, and it is scheduled to begin taking effect next week, with full implementation extending into January 2018. That creates at least a slim chance that a Republican administration, or a future Republican-led Congress, could reverse the rule.

The measure tightens the requirements for investment advisers by holding them to a higher legal standard for working in their own clients’ interests. Congress authorized Labor to write the rule in the 2010 Dodd-Frank Act, one that’s long been sought by investor advocacy groups.

When it was first proposed in 2010, the idea drew a storm of protest from the investment-advisory industry, which is spread far and wide across the nation. In addition to independent boutiques, the business includes giants such as Bank of America, owner of the iconic Merrill Lynch brand. The mutual fund industry, the place to which much investor cash is steered, also has a strong interest in the rule.

Then as now, business groups argued that the new regulation would force Americans to pay more for investment advice and impose unnecessary costs on the firms that serve them.

The rule, the Chamber and the other groups argue in the lawsuit, filed today in federal court in Texas, promises “harmful consequences for retirement savers, small businesses, and tens of thousands of businesses—including many operating in North Texas and the Dallas-Fort Worth metroplex—that provide retirement advice, products, and services.”

A first clue to the hurdles facing the lawsuit lies in the choice of venue.

The U.S. Chamber brought on board chambers from Lubbock, Irving and Houston, as well as the Texas Business Association, another lobby group.

Deepak Gupta, a partner at Gupta Wessler, a Washington-based law firm specializing in appellate litigation, called the decision to file the lawsuit in Texas “obvious forum shopping,” because it is in “perhaps the most conservative” judicial circuit in the nation. “And it’s already dealt the administration a very tough blow in the immigration case,” Gupta said.

In November, the Fifth Circuit Court of Appeals, one level up from federal district court in Texas, struck down Obama’s executive order that would have allowed up to 4 million undocumented workers to get work permits and avoid deportations.

Any chance the lawsuit against the fiduciary rule has will likely turn on a particularly friendly set of judges precisely because the arguments are tough ones to make stick.

Overturning federal regulations in court, while by no means impossible, is especially challenging if the agency in question does its homework, responds to reasonable industry concerns and moves in lockstep.

The financial services industry has had a fair amount of success in overturning or changing rules approved by regulatory agencies overseen by multi-member boards, like the Securities and Exchange Commission or the Commodity Futures Trading Commission. These bodies often pass rules amid dissenting votes, giving litigants a basis in the agency’s own public record to bring a case. In effect, dissenting members provide the legal argument for a future lawsuit.

That’s not the case with the Department of Labor, which under Secretary Tom Perez moved the rule through a long process of public comment, and even gave the industry some of what it wanted. Under a longstanding Supreme Court decision, agencies that follow the Administrative Procedures Act, the template for passing federal regulations, enjoy great deference from the courts.

The thrust of the lawsuit, apart from alleging irregularities about the process, involves the claim that Labor’s rule violates the First Amendment’s prohibition against restricting speech because it limits what investment advisors might be able to say to clients. The case advocates for an approach the SEC tends to prefer, namely providing disclosures to clients about what their advisers’ legal obligations are.

“Any benefit to consumers could have been achieved through less burdensome disclosures as suggested by commenters, including a clear and simple disclosure,” the lawsuit states.

Roper, from the Consumer Federation of America, countered that this claim ignores the fact that Labor’s rule hews more closely to what Congress sought in the Dodd-Frank Act. “They are asking the Department of Labor to defer to an SEC rule that does not exist,” she said.

The absence of one organization in particular suggests the industry might not be entirely united in opposition to the final rule, according to legal experts. The Investment Company Institute, which represents the mutual fund industry, did not join the case.

Mutual fund managers are one step removed from the rule. They don’t have to follow its strictures; advisors who often steer client money into mutual funds are at the center of the debate. The Department of Labor tweaked the final version of the rule to ease concerns that mutual fund managers had, such as provisions in an earlier draft of the rule that would have triggered a massive new round of paperwork for existing mutual fund customers.

ICI paid lip service to the industry’s overall position that the fiduciary rule was ill-considered, but didn’t join the new lawsuit.

“While ICI is not a party to the suit against DOL, we nonetheless remain deeply concerned about the harmful impact this rule will have on individual retirement savers,” Paul Schott Stevens, the president and CEO of the institute, said in an email.

Mutual fund companies aren’t the only ones that have signaled their willingness to work with the Department of Labor, rather than fight the rule. LPL Financial, a Boston-based company of investment advisers, has tipped its hat to the agency’s changes in the final rule. When the final rule came out in April, it showed no sign of wanting to fight.

“We are encouraged by the increased time frame for implementation, the ability to easily enter into the best interest contract with our existing clients, and the freedom to recommend any assets that are appropriate to help investors save for retirement,” the company said in a statement.