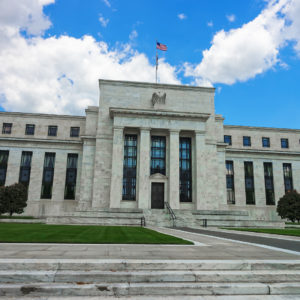 Regulators, administrators and lawmakers have been crawling all over financial services firms since the 2008 global crisis in the industry. So the shocking development isn’t that a few of them have resorted to lawsuits to reverse the trend. It’s that more bankers don’t plead with judges for redress.

Despite a historic increase in regulation of the financial sector, the companies affected have proved strikingly unwilling to take on federal agencies in court, even when they privately disagree with them, according to lawyers for the industry. There are conversations, debates and even feints but strikingly few actual lawsuits.

What lawsuits do emerge tend to come from non-bank financial firms that don’t face direct supervision from the federal government, a fact of life for banks since the early days of the United States, said Leonard Chanin, a partner with Morrison Foerster, a law firm that advises all manner of companies.

“Banks don’t want to be in the spotlight for very long,” Chanin said. “They want to put bad news behind them even if they think they’re right.”

There has indeed been pushback against regulators over the past six years, but they tend to be from companies that protest an agency’s jurisdiction in the first place, not ones that are already squarely inside it. And even those kinds of lawsuits have a mixed record, since Congress wrote the 2010 regulatory reform law to give regulators broad jurisdiction to take steps to avoid another financial crisis.

Jonathan Foxx, managing director at Lender Compliance Group, which advises firms on how to handle regulators, said companies have a steep hill to climb if they want to simply avoid federal regulation and enforcement entirely. That’s particularly the case with the Consumer Financial Protection Bureau, the new agency Congress created that started work 5 years ago.

In a widely-circulated piece entitled, “Flipping the Bird at the CFPB,” Foxx suggested that companies who do openly fight their regulators often don’t take a cold, hard look at the facts and the laws. Instead they fight back under the misguided notion that repeated “gambits” will eventually pay off.

Intercept Inc., a Fargo, North Dakota-based company that processes payrolls and bill payments got sued by the CFPB in June over allegations that it handled business from companies engaged in “brazen fraud” vis-a-vis consumers.

“Companies cannot turn a blind eye to wrongdoing when they process payments from consumer banking accounts on behalf of clients that are breaking the law,” Richard Cordray, the agency’s director, said in June.

The company’s response in court: you have no jurisdiction over us.

“Intercept tried a gambit that, in this instance, seems to have been destined to failure: when in doubt, remove the opposing litigant for lack of standing,” Foxx wrote in the piece. “So, let’s do it, let’s try to remove the CFPB! Let’s contend – or maybe ‘pretend’ should be the best word here – that we’re not governed by the [Dodd-Frank law]. Sure, that will work!”

Because so many firms that helped cause the financial crisis were not banks – many were independent mortgage originators, for example – Congress ensured that the CFPB can oversee all companies dealing with consumer financial services, Foxx pointed out.

But, according to Chanin, the culture of dealing with federal officials hasn’t seeped into the thinking of non-bank companies. “They don’t know that when an agency asks for things, it’s a big ask in an intrusive relationship,” he said.

Intercept’s aggressive move against the CFPB contrasts strongly with how banks — institutions that take deposits and are regulated by the Federal Deposit Insurance Corporation — are much more skittish than other financial services companies to take on their regulators.

Federal and state officials directly supervise banks, which is to say they have a physical presence in the companies, sometimes a permanent one. They can request documents, interview employees and parse data at will. That fact is a powerful incentive for banks to avoid getting crosswise with their regulators.

Some banks are now weighing whether to sue the Federal Reserve over its yearly “stress tests,” a process in which government supervisors examine how the bank would fare in a recession or simulated financial crisis, according to The Wall Street Journal. Without a passing grade on stress tests, banks are not allowed to buy back shares or pay dividends, restrictions that suppress the returns they can deliver to shareholders.

Banks have grumbled privately about the stress tests for years, but the Fed supervises them on such sensitive issues. Regardless of the outcome of the lawsuit, banks know they would have to deal with Fed officials “every minute of every day of every week,” the Journal reported.

Last year, after Congress passed a law cutting the payments that larger banks receive from the shares they hold in the Federal Reserve System, the American Bankers Association said it was considering a lawsuit to reverse the move. Spokesman John Hall said there’s been no decision on the matter but that “nothing’s been ruled out.”

Possibly the most prominent lawsuit against the government over financial regulation has been from the insurance company MetLife, which has sought to overturn its designation as a systemically important financial firm by a council of federal regulators.

Being saddled with the label brings new regulations, and MetLife persuaded a federal judge to rescind it in March. But the Obama administration is planning an appeal, and the judge suggested only the process that led to the decision, and not the decision itself, was false.