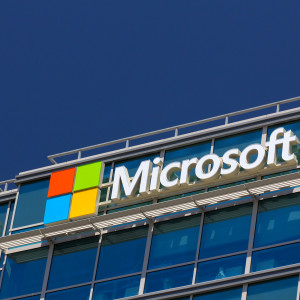 Most people are not comfortable with the idea of handing over traffic enforcement to private, for-profit businesses.

For instance, red light camera contracts. Instead of police handing out tickets to motorists who are seen running red lights, a camera takes a picture of the car’s license plate and the company – using DMV records – sends a bill to the owner of the vehicle.

Who may not even have been the driver of the car.

But because it’s a private company, you don’t have legal recourse to the courts – as you would normally have had. And the presumption of innocence is reversed. It is up to you to disprove your presumed guilt. You cannot confront your accuser, challenge the evidence. The private company simply wants your money – whether it was you behind the wheel or not – and will use private debt collectors to hound you until they get it.

Now imagine the IRS using these same tactics against your business.

And it’s not just traffic tickets we’re talking about, either.

Microsoft is being targeted – not by the IRS, per se – but by two private firms, Quinn Emanuel Urquhart & Sullivan, LLP and Boies Schiller & Flexner, LLP, that have been been tasked with auditing Microsoft’s income from overseas sources going back more than a decade. All the way back to 2004.

The law says such an audit can only go back as far as three years – but when private bloodhounds are let loose (and given access to essentially limitless taxpayer dollars) such legal protections are thrown in the woods.

As it turns out, David Boies (one of the partners at Boies, Schiller & Flexner) just happens to have been one of the chief litigators in the infamous antitrust suit against Microsoft when he worked at Cravath, Swaine & Moore. Like Inspector Javert pursuing Jean Valjean, he has been relentless – to the extent that Microsoft Chairman Bill Gates publicly accused Boies of wanting to “destroy” the company.

Or at least, get very rich trying.

Reportedly, Boies Schiller & Flexner, LLP received a $350,000 contract from the IRS to hound – er, audit – Microsoft on its behalf. Of course, this is small potatoes compared with the $2.2 million awarded to Quinn Emanuel. Meanwhile, the IRS pleads poverty, claimning it lacks the funds to provide its “customers” with even rudimentary services, such as having IRS staff on hand to field phone calls.

But it’s not just the grabfest that’s troubling.

As with red light camera enforcement, the government has conveyed enforcement power to these private companies. For example, the IRS issued a “temporary regulation” empowering private contractors like Boies and Quinn Emanuel to question witnesses under oath and sift through a company’s records.

Remember: This is not a court of law. It is a private company, accountable to no one. Or at least, not bound by the rules of procedure that would apply in a court of law. All off the protections in the Bill of Rights – and case law – explicitly apply to government actions. And this is why handing over enforcement or even investigatory powers to private hired guns motivated by money is so alarming.

Microsoft has filed Freedom of Information (FOIA) requests to find out just exactly what dealings the IRS has had with these private companies. And Sen. Orrin Hatch of Utah – who chairs the Senate Finance Committee – is questioning the legality of the IRS’ hand-off of investigatory and enforcement powers to these private companies.

Hatch is concerned about the lack of accountability and the threat to the rule of law posed by these unsavory dealings. He may also be troubled by the obvious conflict of interest such an arrangement presents. When the IRS audits a company or an individual, any money received goes into the general treasury. It does not profit the IRS per se. The commissioner of the IRS does not receive a commission.
But David Boies has a personal incentive to go after Microsoft. And Quinn Emanuel has an even bigger one.

Not just to make Microsoft pay. But to persecute the company for as long as possible, to rack up as many billable hours as possible. The longer the case drags on, the more money these private contractors stand to “earn” – if that word applies in this case.

More deeply troubling, though, is the precedent that may be set regarding open-ended audits. Individuals and businesses are obligated to keep records going back “x” number of years – but no longer. There is a limit to how far back in time the IRS can go to question a return.

Except when the IRS decides otherwise, as in this case.

In which case, certainty – a cornerstone of legal protections – is also thrown in the woods and with it, stability. If you cannot know what the law says – what your precise obligations are under the law (and more importantly, what the extent of the government’s authority under the law is) then in a very real sense, lawlessness has been established.

Whether you personally like Microsoft is not the issue – much as those hounding the company play on that. It is whether it’s right to hound the company this way, to sic private contractors on the company, to decree – like some kind of Third World el Jefe – that the law is whatever the IRS says the law is, at its whim.

If this business stands, we all lose.