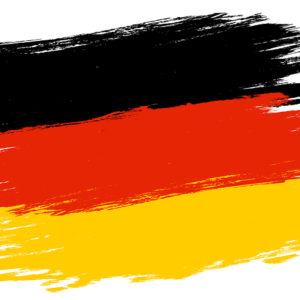 John Maynard Keynes famously remarked that when the facts changed, he changed his mind.

One has to hope that the same will prove to be true of German economic policymakers in response to the changed global economic landscape. If German policymakers now do not change their rigid policy view on the need to balance their budget under all circumstances, both Germany and Europe should brace themselves for a hard economic landing.

The main way in which the global economic landscape has shifted is that the Trump administration has embraced an American First protectionist trade policy. This has resulted in a seemingly full-scale U.S. trade war with China that now threatens to metastasize into a global currency war. It also has involved U.S. threats to impose a 25 percent import tariff on European and German automobiles in November as well as U.S. warnings to the European Central Bank not to engage in currency manipulation.

The open German economy, which exports as much as 50 percent of its output, has been particularly hard hit by the U.S.-China trade war. According to the most recent official estimates, German industrial production has declined by around 5 percent over the past year, which is Germany’s worst industrial performance since the 2008 economic recession. This would suggest that Germany might now already be experiencing an economic recession.

The trouble with again placing an undue burden on the ECB for supporting the European economy is that it would heighten the likelihood that the United States will soon deliver a further body blow to the fragile European economy. The United States would do so by following through on its threat to impose a 25 percent import tariff on European automobiles in response to any further Euro currency weakening that would result from an easier ECB monetary policy stance.

While the ECB will claim that it does not target the exchange rate when setting its monetary policy, the Trump administration will insist as it has done before that a weaker euro is evidence that the Europeans are manipulating their currency to steal an unfair competitive advantage at the U.S. expense.

The obvious way out for Germany from what could prove to be a downward spiral for both its economy and that of the rest of Europe would be for Germany to be more flexible in its budget policy approach. By tolerating a budget deficit and by being less insistent on budget austerity for the European periphery, Germany would reduce the need for lower ECB interest rates and for a more depreciated euro to support a faltering European economy. That in turn might spare the German and European economies from higher U.S. automobile import tariffs.