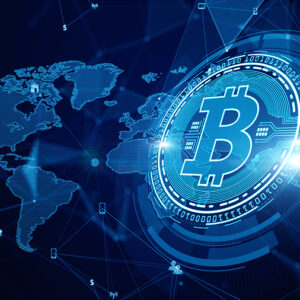 Good, Bad and Ugly of Crypto in the Russian-Ukrainian War

Russia’s invasion of Ukraine sparked a series of military, political, humanitarian and economic debates. One of the most novel conversations in the immediate aftermath of the invasion related to the interplay between cryptocurrency and the broader geopolitical situation. As the first great power conflict of the cryptocurrency era, this war is raising questions about how cryptocurrency can be used to change the nature of war and conflict in the 21st century.

At the onset of hostilities, I was optimistic about using cryptocurrency to aid Ukraine’s civil defense while concerned with its theoretical ability to facilitate cross-border money-laundering and sanctions evasion. Four months into the conflict, it is clear that many predictions — including some of mine — have been unfounded. Moreover, at a fundamental level, the role of cryptocurrency in this conflict has broadly validated the ideals of its proponents rather than legitimizing the concerns of the skeptics.

As governments are forced to contend with what is fast becoming a protracted war of attrition and a rigid sanctions regime, policymakers should assess cryptocurrency’s good, bad and ugly as a geopolitical tool and take steps to align regulations accordingly.

Let’s start with the positives. In the early days of the invasion, cryptocurrency was the most effective tool for getting money into Ukraine. While governments were moving aid through burdensome legislative processes, private individuals were able to deposit funds into an official Ukrainian government wallet. According to Alex Bornyakov, deputy minister of digital transformation of Ukraine, “Ukraine was able to raise more than $50 million in crypto assets and transferred these funds into fiat currency.” This rapid distribution process was only possible due to the speed, efficiency and scalability of blockchain.

My assumptions that cryptocurrency would be used for targeted sanctions evasion were proven wrong. Despite this fear, neither oligarchs nor kleptocrats used blockchain in any meaningful way to offload sanctioned assets or transfer wealth to more favorable jurisdictions. While we have seen actions taken against individual crypto firms, such as Bitriver, for revenue-raising potential, these sanctions have been a result of non-crypto-specific corporate activities and not a result of any inherent crypto characteristic.

In fact, the general lack of cryptocurrency-based sanctions evasion attempts has forced many regulators and national security officials to concede — sometimes begrudgingly — that crypto is not a nefarious tool for sanctions evasion. In testimony provided to the House of Representatives, the acting director of the Financial Crimes Enforcement Unit stated that he had “not seen large-scale evasion through the use of cryptocurrency.”

While still in its infancy, the broad collection of private-sector compliance tools and government intelligence agencies have proven effective at catching and deterring immoral and unethical behavior on blockchain.

The Bad and Ugly

The multitude of evidence for cryptocurrency’s positive role in this crisis justifies its existence and validates the arguments of its proponents. However, these broadly positive use cases cannot be interpreted as a future exemption from making industrywide improvements to the crypto’s regulatory compliance.

We haven’t seen broad-scale use of crypto for illegal activity is partly due to industry compliance with “know your customer” standards — after all, it took some time for various crypto exchanges to fully align with the pro-sanction sentiment of Western governments. We haven’t seen mass use of crypto as an illicit tool is primarily because of the relatively small amount of liquidity in crypto markets. As the  Center for Strategic and International Studies noted, in February, SWIFT processed around $5 trillion of transactions daily. The trading volume of cryptocurrency in the same period: $24 billion.

If crypto scales to the magnitude the industry expects and advocates for, there will be little preventing it from becoming a tool for far greater financial malfeasance. Currently, small issues — such as Bitriver’s role in sanction evasion — would be greatly magnified. If we don’t implement adequate security, compliance, and know-your-customer measures now, the industry will inevitably have to react to more serious future issues. If not now, it might be too late to react. This should serve as an industry-wide rallying cry.

Lessons and the Path Forward

As the global crypto regulatory debate heats up, legislators will inevitably point to the Russia-Ukraine War and associated sanctions frameworks to advocate for and criticize cryptocurrency as a geopolitical tool. In these debates, one thing must be adequately understood: The existing ad hoc legal framework used by private-sector companies and governments has served the industry well thus far. However, the anticipated growth of crypto requires substantial future planning.

Acknowledging both truths is necessary for an appropriate regulatory framework. It is equally inappropriate for crypto advocates to pretend the current system is satisfactory, regardless of growth expectations, as it is for skeptics to ignore the broadly positive reality of cryptocurrency as a geopolitical tool.

Justin Newton is CEO of Netki, a digital asset compliance and anti-money laundering technology provider. He wrote this for InsideSources.com.