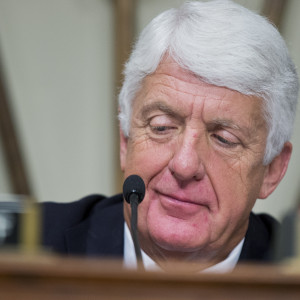 With Puerto Rico edging toward financial ruin, House Speaker Paul Ryan forcefully entered the debate over the island’s fate last week with a plan that his allies say would allow the island to cope with its enormous debt. But that plan is provoking a backlash among conservatives, many of whom worry that it upends longstanding principles that they contend are essential to the stability of the market.

The plan by Mr. Ryan and Representative Rob Bishop, the chairman of the Natural Resources Committee, would provide Puerto Rico, a territory barred from Chapter 9 protection under the U.S. bankruptcy code, with some of the important tools that are available in normal bankruptcy proceedings.

It would, for example, allow the island to restructure the very same kind of debt that American cities and states are permitted to restructure, including municipal bonds and public corporation bonds. It also permits the restructuring of a form of debt that is peculiar to the island, so-called COFINA bonds that are backed by a local sales tax and issued by the Puerto Rico Sales Tax Financing Corporation.

While many conservatives have strong objections to retroactively tossing out debt agreements without creditor consent, this particular element of the plan does not appear to be the main force driving the concerns among conservatives, some of whom see the urgency of Puerto Rico’s situation and agree that the island requires some form of restructuring mechanism.

The controversy, rather, centers around a provision that makes bankruptcy restructuring applicable to a class of debt considered sacrosanct among financial experts and free-market conservatives. Known as super bankruptcy, the provision would grant Puerto Rico the ability to restructure general obligation bonds — also known as full-faith-and-credit bonds — essentially turning bankruptcy law on its head.

And in a classic demonstration of the influence game in Congress, the provision was reportedly slipped into the overall plan by senior Ryan and Bishop staffers after a furious lobbying effort by powerful hedge funds that are heavily invested in COFINA bonds and aggressively seeking to secure the best deal in any settlement or restructuring deal with the island.

The move by these hedge funds was as clever as it was bold, attempting to eliminate what is essentially the risk-free status of GO bonds by giving Puerto Rico unprecedented restructuring authority over full-faith-and-credit debt that no American state or municipality has.

But under the terms of super bankruptcy, the principle of creditor hierarchy that typically governs bankruptcy proceedings is tossed out, putting the COFINA bondholders in a stronger position than they might otherwise be. In fact, COFINA bondholders would almost certainly use that situation to argue a case that they have been making since Puerto Rico began running into fiscal problems: that COFINA bonds are secured by dedicated sales tax revenues and that those revenues should not be used to pay any other creditors.

The irony is that the very legality of COFINA bonds have been in question since their creation in 2006. Then, as Puerto Rico was running up against a constitutionally-mandated debt limit, investment banks like Goldman Sachs worked with Puerto Rican leaders to introduce COFINA bonds into the markets with the assurance that these bonds had the backing of revenues from a sales tax that had been approved on the island that year. The Puerto Rican government has argued the bond issuances have since amounted to “extra-constitutional debt,” but critics say that the debt is unconstitutional and has allowed the island to drastically exceed its constitutional debt limits.

Yet here in Washington, the arguments by the group of COFINA bondholders appear to have won the day – behind closed doors, anyway.

People familiar with the negotiations over the plan say the COFINA bondholders focused their efforts on two top House staffers: Maryam Brown, a policy adviser in the Speaker’s office, and Bill Cooper, an aide to Bishop on the Natural Resources Committee.

Neither Brown nor Cooper would respond to questions about their discussions with the COFINA group.

The speaker’s office referred all comment to the Natural Resources Committee, where a spokesperson provided conflicting accounts, including an initial claim that he was aware only of a lobbying campaign against the legislation before he eventually acknowledged that the committee had “met with every stakeholder wanting to offer input.” The spokesperson declined several requests to answer a yes or no to the question of whether Cooper or Bishop were lobbied by COFINA bondholders to include the GO debt in the bankruptcy provision of the bill.

But while officials on the Hill were reluctant to talk about the backroom machinations, the COFINA bondholders made it clear that they got exactly what they wanted.

“As senior creditors with property rights that are protected under both the U.S. and Puerto Rican constitutions, the COFINA Senior Ad Hoc Group applauds lawmakers’ insistence that all bondholders be brought to the table,” said a statement released by the bondholder’s public relations firm.

But conservatives voiced several concerns with the plan, including its evisceration of creditor hierarchy. Michael Needham, the head of Heritage Action, the political arm of the conservative Heritage Foundation, said that Congress “should not set any bad precedents” by, among other things, “reversing payment prioritizations.”

Even liberals expressed concern about the draft legislation, with Sen. Bernie Sanders railing against the hedge funds and banks trying to lay claim to the COFINA debt. “If any of Puerto Rico’s debt was incurred in violation of its Constitution it must be immediately set aside,” he said.