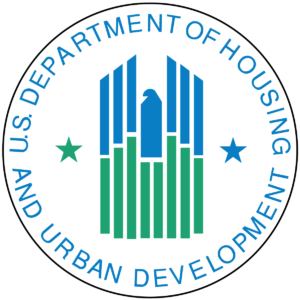 Government Data Transparency Is Necessary to Prevent Next Housing Crash

It may seem that America’s housing finance system simply involves transactions between buyers and sellers, but there is an often forgotten third party who is involved: the nation’s taxpayers. They shoulder a heavy burden of risk so lenders have liquidity to provide mortgages to credit-worthy borrowers.

With the government’s outsized role in the mortgage market, taxpayers underwrite $7 trillion worth of risk and either guarantee or insure two-thirds of all new single family mortgages. Given the sheer size of these liabilities, it’s vital that public officials implement well thought-out policies so taxpayers never again have to bail out the housing system. That’s why it’s extremely encouraging to see some key senators on Capitol Hill working in a bipartisan fashion to improve data collection and increase transparency at the Department of Housing and Urban Development.

For both businesses and government agencies, data-driven decision making is the foundation for success. Using accurate information to formulate rules and regulations is a much less risky approach than merely relying upon gut feeling, political pressure, or policies that merely sound good. More data will make agencies smarter, improve regulatory decisions, and, ultimately, result in better outcomes for society.

Thankfully, Democratic and Republican senators on the Appropriations Committee recently advanced, by unanimous vote, a spending package containing language that would bring much needed clarity to HUD’s data collection procedures as it relates to Down Payment Assistance programs for mortgages insured by the Federal Housing Administration.

For example, HUD analysts can’t see how default rates at California’s housing finance agency compare to those made by Wyoming’s housing agency. Without individual data, it is impossible for HUD to discern which government entities have higher than average defaults and are therefore a burden on FHA’s balance sheet.

But if the Appropriations Committee’s proposal is signed into law, HUD would be better equipped to see which governmental entities actually do have higher than average default rates. HUD would require loan originators to collect and report the tax identification number for government entities providing Down Payment Assistance so it can fully track and examine loans that use it. With this small change, the department can determine which entities have above-average rates of default or are employing shady lending standards. Importantly, these changes would not be a burden on loan originators since the option to report the tax ID number already exists on mortgage forms. It’s a simple fix with benefits that far outweigh the minimal costs.

The committee’s action and commitment to data transparency is incredibly timely. Earlier this year, HUD published guidance that would have limited competition among Down Payment Assistance programs run by governmental entities. HUD’s action would have significantly affected the ability for prospective homebuyers’ ability to access Down Payment Assistance programs run by government entities.

However, it doesn’t appear HUD undertook a sufficiently thorough review process in formulating their conclusion to the issue. This rule was not subject to proper procedures, in which stakeholders are able to comment on the possible effects of a rule change and how it would affect their business, the economy, or the market.

HUD Secretary Ben Carson stated it had no data to support claims of individual bad actors and that he was “not familiar with the data that was used.” These acknowledgments are concerning for taxpayers.

A federal judge agreed that HUD had overstepped its authority and it eventually withdrew its guidance. But HUD is likely to begin a rulemaking process on government Down Payment Assistance programs early next year, if not sooner, in which it will attempt to implement restrictions on government assistance.

But with the Senate’s encouragement, HUD will, it is hoped, collect sufficient data on individual government programs so that it may at least be armed with data before beginning future policymaking. By collecting this data, HUD can provide better oversight of programs, better manage risk to the government’s balance sheet and better protect taxpayers. If there are underperforming players, HUD can make necessary changes without painting with a broad brush.

While Carson’s guidance on Down Payment Assistance programs is well intended, as it would in theory protect the Federal Housing Administration’s solvency, shunning evidence-based rulemaking runs counter to the administration’s goal of sound regulatory rulemaking. All Americans should believe in the premise that policymakers make better decisions when they consider all data and facts.

Incorporating legislative text that allows HUD to include more predictive data will enable HUD to track existing loan performance and make more informed rules in the future. Using that data, it should move forward using a targeted, evidence-based approach to sound housing regulations that will better serve taxpayers over the long run.