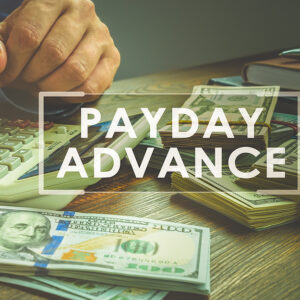 As public health turns a corner and the travel industry begins to recover, imagine if the federal government were to impose a crazy rule on disclosure of hotel pricing. No matter the length of a guest’s stay, hotels would have to quote prices as if guests were staying a year. Thus, the stay for a $100-per-night room would have to be listed on websites and hotel advertising as $36,000, because that is the total when the nightly rate is multiplied by the 360 days in a year.

Ridiculous, you say. No way the federal government, no matter who was in charge, would ever introduce a rule so untethered from the average consumer’s experience. But as the great economist Thomas Sowell points out, a similar rule governs the pricing of short-term loans, causing confusion and harm to many consumers trying to rebuild their credit and their lives in this pandemic era.

Under the Truth in Lending Act of 1968 (TILA), providers of just about every loan and cash advance – no matter the duration – must disclose the interest rate as if the consumer were paying interest for an entire year. As my colleagues Matthew Adams and I write in our new paper for the Competitive Enterprise Institute, this so-called annual percentage rate (APR) leads many cash-strapped consumers to misunderstand available options. Worse, by distorting the policy debate, the APR leads politicians at the federal and state level to propose banning these options.

Take the much-vilified payday loans. If paid back during their two-week duration, the interest rate usually runs around 15 to 20 percent. But because the law forces lenders to list the annual rate, even if borrowers pay back a loan well before a year, the official interest rates for these suddenly appear between 390 to 520 percent. This contrived interest rate leads politicians to, knowingly or unknowingly, further distort the debate by railing against “usurious” loans.

Data on short-term lending clearly shows the APR for short-term loans does not match the experience of most consumers. While many payday borrowers do take longer than two weeks to pay back what they owe, hardly anyone has been shown to have taken a year. Data, including from the Consumer Financial Protection Bureau, strongly suggest most payday borrowers pay back what they owe back within six weeks, generating actual interest rates of 45 to 60 percent at the high end. These rates may still strike some as too high, but they are nowhere near the triple-digit rates that generate scare stories.

Moreover, the 400-percent myth blunts discussion of how small-dollar loans may often be the least bad option for consumers. Often, the alternatives to payday loans are not loans at lower rates but, rather, bounced checks and late payments, which carry their own costs such as harm to a credit score.

The APR is particularly ill-suited to measure the interest costs of new FinTech payroll advance apps, such as Earnin and Dave. Many of these apps offer small advances on a paycheck at little expense but do offer the option of voluntary tipping. Yet critics of these financial products want these voluntary tips to be subject to the APR, leading to another cycle of interest-rate distortion and scare tactics in policy debates.

At the federal and state level, politicians and bureaucrats should set aside the APR as the focus when discussing small loans and learn more about the true experience and needs of consumers. Lawmakers should police disclosure but otherwise take a hands-off approach. We should all want to encourage lenders to compete and innovate to offer consumers services that meet their needs and foster financial inclusion, regardless of wealth status.

CEI has issued a new report on how APR calculation is misleading as applied to short-term loan costs.

Congress must modernize the APR disclosure mandate from the 1968 federal Truth in Lending Act to account for the true cost of credit for short-term loans and advances. We must not let the federal government’s outdated financial measures hinder the resilience of American entrepreneurs and consumers in these challenging times.

John Berlau is a senior fellow with the Competitive Enterprise Institute, a free market public policy organization based in Washington, D.C., and co-author, with Matthew Adams, of the new report, The Annual Percentage Rate Is the Wrong Metric for Assessing the Cost of a Short-Term Loans. He wrote this for InsideSources.