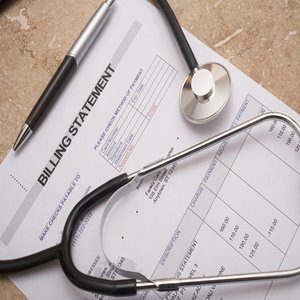 President Trump clearly recognizes the value in having strong fiscal conservatives in senior positions through government, and for that policy and practice he should be applauded.

In addition to an exemplary record on cutting taxes and wasteful spending, Meadows has consistently opposed government overreach in healthcare. He signed onto a letter led by the Congressional Doctors Caucus co-chairman Andy Harris of Maryland opposing government rate-setting for surprise medical bills, which are a growing issue for patients around the country.

However, conservatives like Meadows strongly object to the notion that top-down federal price controls will “fix” this issue for patients.

Like other healthcare proposals that impose price controls on prescription drugs, including an international pricing index; importing drugs from Canada or other countries that use socialized medicine; Medicare for All; and House Speaker Nancy Pelosi’s bill H.R. 3, adopting rate-setting for medical bills will greatly exacerbate the nation’s healthcare challenges by reducing access to medical care and biopharmaceuticals, rationing care and lowering incentives to invest in new cures.

Legislation pushed by members of Congress Lamar Alexander (R-Tenn.), Frank Pallone (D-N.J.), Greg Walden (R-Ore.), and Bobby Scott, (D-Va.), would let the federal government dictate that providers outside of a patient’s insurance network will be compensated at a median in-network rate designed by federal bureaucrats.

These proposals, referred to as “benchmarking,” are a direct pay cut for doctors and would result in the shuttering of doctors’ offices and hospitals, especially in rural areas.

To make matters worse, pro-rate-setting members have openly stated that the main purpose of benchmarking is to raise money to pay for unrelated federal expenses when a healthcare spending bill deadline expires on May 22.

There is no reason to rush this important issue to meet an artificial date created by Pelosi in an attempt to force Congress to enact price controls. That is another reason members of both parties have objected to rate-setting.

The dangers of rate-setting were stated in Harris’ letter, which notes that “[Surprise] medical billing proposals that give the federal government the power to set rates between two private entities — insurers and health care providers — could have a devastating impact on our constituents.”

The letter goes on to say that “by design, placing such price controls on purely private transactions would reduce access to care, increase the power of the federal government, and result in negative unintended consequences.”

The 39 members that signed the Harris letter should be commended for sending a clear signal that price controls should be rejected. Congress should take a hard look at surprise medical billing, but it should do so the right way.

Taxpayers are fortunate that they can rely on leaders like Mark Meadows to protect them by pushing back on misguided proposals to “fix” surprise medical billing with government rate-setting and ensuring that May 22 does not bring an unpleasant surprise for patients around the country.

Tom Schatz is President of Citizens Against Government Waste. He wrote this for InsideSources.com.