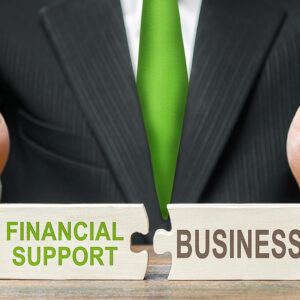 The Community Home Lenders Association, a national trade association representing small and midsized independent mortgage bankers (IMBs), was surprised last January to see the Treasury Department and the Federal Housing Finance Agency (FHFA) adopt a number of restrictions on Fannie Mae and Freddie Mac loans as part of a revised PSPA agreement that governs their Treasury line of credit.

The restrictions capped: (1) the percentage of so-called “higher risk” loans at 6 percent of their home purchase loans and 3 percent for refi loans, (2) the combined percentage of investor and second home loans at 7 percent of their business, and (3) the total annual volume of loans any lender could sell to Fannie or Freddie through the cash window at $1.5 billion.

These restrictions contradict virtually everything that two Administrations, Congress, and the Federal Reserve have done over the last 15 months to respond to economic problems arising from COVID-19.  Their actions included trillions of dollars of Congressional funding to cushion the economic blow, cheap Federal Reserve funds, and a rental eviction moratorium and homeowners’ forbearance option.

The January PSPA restrictions go 180 degrees in the other direction.  The cash window cap doesn’t take full effect until next year and the shoe has not dropped yet on so-called “higher risk” loans.  But the investor/second home cap has hit with a vengeance.

It started gradually; several months ago, Fannie and Freddie informed lenders it would be implementing their overall 7 percent cap on a lender-by-lender basis.  However, this week many lenders received verbal communications from Fannie stating that, starting in July, the combined volume of investor and second home loans would be drastically lowered to a mere 3 percent of their GSE loan volume each month.  And that failure to meet this cap would result in losing their ability to sell such loans to Fannie Mae.

We don’t understand why lenders that stepped up to lend in the wake of COVID are being singled out for these draconian loan restrictions.  Investor loans finance rental housing, and with a nationwide rental eviction moratorium since last spring, many investors have been under financial pressure.  Many lenders stepped in to help them refinance their loans to improve their cash flow and make purchase loans to stabilize the market – and those same lenders are being directed to slash these efforts.

So, on Wednesday, CHLA sent a letter to Treasury, FHFA, and Fannie Mae, expressing significant concerns about these restrictions and asking Fannie to reverse these deep restrictions.

Our letter put an important perspective on this development – that the steep loan reductions are being driven by the unnecessary provision in the January PSPA that based these restrictions retroactively on prior loan volumes – initially even counting loans made in January of 2020 before COVID even hit!

CHLA opposes all of the January PSPA restrictions on the GSEs – and early on called on Treasury and FHFA to suspend them.  But regardless, there is no purpose in implementing them in such a restrictive way.  Our letter noted that Fannie publicly stated it was not in compliance as early as February 2021 because of the retroactivity feature, with no adverse consequences to Fannie.  So obviously there is flexibility on how to implement the cap.

If the goal is to get Fannie and Freddie’s percentage of combined investor and second home loans down to 7 percent there is a simple way to do this: just require each lender to stay within this cap on a quarterly basis starting in July.

Our letter also highlighted that these caps disproportionately impact IMBs, particularly smaller ones.  IMBs generally do not originate portfolio loans.  But the big money center Wall Street banks can originate non-GSE portfolio loans to cover loans over the cap – potentially even making arbitrage profits by securitizing them at a later date as GSE loans, when the caps or lifted or are not a problem.

All our small and midsized IMB members are asking for is a chance to serve qualified borrowers with affordable mortgage loans without arbitrary and unnecessary restrictions.

Scott Olson is executive director of the Community Home Lenders Association. He wrote this for InsideSources.com.