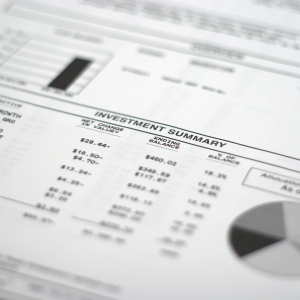 All eyes are on Iowa. Investors nationwide will be watching a court case in Des Moines to learn whether the federal government has the right to seize the profits of mortgage giants Fannie Mae and Freddie Mac. Investors large and small could be affected.

Continental Western Insurance Co., a Des Moines-based regional insurer that owns shares in Fannie Mae and Freddie Mac, recently sued the US Government in federal court because the US Treasury has claimed all of Fannie Mae and Freddie Mac’s profits, denying shareholders their share of dividends. U.S. District Judge Robert Pratt for the Southern District of Iowa will be ruling on Continental Western’s legal standing.

Many investors across the country are tied to the fate of these companies. This includes those saving for retirement with mutual funds, which remain some of the largest investors in Fannie and Freddie stock. Judge Pratt’s decision could have a direct impact.

According its most recent financial report, published last week but covering only up until June 30, 2014, the Iowa Public Employee Retirement System (IPERS) has over $1 billion invested in both Fannie Mae and Freddie Mac. InsideSources reached out to IPERS to confirm the size of their holdings in the mortgage giants. The equity holdings identified as being with Fannie and Freddie are “predominantly” mortgage-backed securities, according to a spokesperson for IPERS. These are unlikely to be directly affected by Judge Pratt’s ruling, notes IPERS. But many other investors will feel the impact of the ruling.

The lawsuit stems from the federal government’s decision to place Fannie Mae and Freddie Mac under conservatorship of the Federal Housing Finance Agency (FHFA). As the FHFA’s own website explains this role: “​A Conservator is the person or entity appointed to oversee the affairs of a Company for the purpose of bringing the Company back to financial health.”

How the government has run the enterprises as conservator is precisely what has precipitated the legal action by the plaintiffs, who represent investors in both Fannie and Freddie.

Michael H. Krimminger, a former top official with the Federal Deposit Insurance Corporation (FDIC) and who advised Congress on writing the law that established FHFA’s role with Fannie and Freddie, wrote for American Banker last week that “FHFA is ignoring the basic duty of a trustee: to protect the interests of all creditors.” Instead, he explains, FHFA is violating that responsibility by favoring the Treasury. “While Treasury provided critical up-front funding to the GSEs [Government-Sponsored Enterprises], it has now been well-compensated under the original agreements. It cannot simply strip the companies of cash in perpetuity. … The continuation of the sweeps through the conservatorships is a violation of every principle established in bankruptcy and in the more than 80 years of FDIC bank resolutions,” writes Krimminger. And it violates the law under which Fannie and Freddie fell under FHFA control.

When the housing bust hit in 2008, the FHFA took control of the companies. Fannie and Freddie were given what was essentially a $188 billion loan for which they would pay 10 percent interest. As it turned out, the two companies were in better financial shape than many had feared, and so they paid back the full amount of the loan plus interest.

At this point, it was expected that shareholders would begin receiving the dividends from these two profitable companies. But instead, in August 2012, the US Treasury decided that all the dividends would instead be paid to Treasury in perpetuity. Now, Fannie and Freddie have paid about $30 billion more than they owed to the Treasury.

This served two key functions: First, it essentially made all the shares of these companies worthless because any profits would go to the Treasury instead of shareholders. Second, it has allowed the Obama Administration to disguise what would otherwise be a higher federal deficit because it is pumping money from two private companies into the federal coffers.

Critics believe this was an unlawful seizure of the companies without due process, and they also note that unless Fannie and Freddie can retain some of their profits as a cushion, taxpayers will be on the hook for a bailout in another crisis.

As one of the shareholders of Fannie Mae and Freddie Mac, Continental Western is challenging the Treasury for enacting the so-called “Sweep Amendment,” which seized the profits and violated the FHFA’s fiduciary responsibilities to the shareholders.

If your pension fund or mutual funds are invested in Fannie or Freddie, Judge Pratt’s decision could have a large upside or downside.

Until recently, Fannie and Freddie had been making gains, surging more than 1,000% in 2013 as investors speculated the profit sweep may end. But shares tanked after a Washington, DC court case challenging the sweep was dismissed in September.

InsideSources spoke with Dr. Clifford Rossi, a professor at the University of Maryland’s Robert H. Smith School of Business and an expert on housing finance. He notes that the key pre-financial crisis problems with Fannie and Freddie have now been addressed. The mortgage giants are subject to closer oversight, better underwriting standards, and tighter capital requirements. Rossi argues that an escrow fund should be created under Treasury’s control that would give Fannie and Freddie the capital they need to end the conservatorship within the next five years. The government could gradually sell its holdings in preferred shares at a sizable profit. Once this happens, says Rossi, we may see share prices “approaching pre-crisis levels.”

Currently, the Treasury has not acted to create this escrow pool, as Dr. Rossi suggests. Instead, it is using the money to disguise actual deficit levels. Judge Pratt’s decision in this case could ultimately force the Treasury to unwind the conservatorship.

If so, share prices may rise to 20-30 times their current levels.

But how likely is this? The decision to pursue a legal battle came because the federal government has failed to act even though other options exist outside the courts.

The first is for Congress to act. Both sides of the aisle mostly agree on the need to reform housing finance, but there are many different opinions on how to accomplish this. Congress is unlikely to do anything soon. It will be more likely to pass legislation once the conservatorship ends.

InsideSources reached out to Sen. Chuck Grassley’s office, which declined to comment.

The second option would be for the FHFA to end its conservatorship of two companies that are now stable and profitable. If the FHFA wanted to, it could begin implementing a plan like Dr. Rossi described any time. And many believe it has an obligation to do so.

But the FHFA and the Obama Administration seem to enjoy using the companies’ profits to distort actual deficit figures. This makes legal action the only recourse for investors, like Continental Western, to have Fannie and Freddie’s profits returned to the companies and their shareholders.

If Judge Pratt rules against Continental Western, there are other court cases that could still resolve the issue. The aforementioned DC court case is under appeal.

But for now, investors on Wall Street and Main Street alike should be looking to Des Moines for market cues.