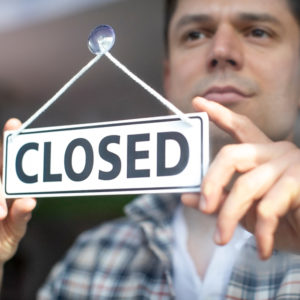 How Agencies Can Help Small Business

COVID-19 closures, questions over how tumultuous 2020 politics will translate into policy and widespread economic uncertainty, have many small businesses on the brink.

Governments can’t control uncertainty, but they can minimize it by being less overbearing toward people who are trying to make an honest living.

George McGovern, the Democratic Party presidential candidate who lost to Richard Nixon in 1972, could testify to the latter problem. Using money made giving lectures, McGovern bought Connecticut’s Stratford Inn in 1988.

After facing a barrage of regulations at every level, he asked why legislators so frequently fail to consider whether consumers will actually pay the higher prices that many regulations breed. McGovern speculated that too many well-meaning legislators lacked — as he previously did — “firsthand experience about the difficulties business people face every day.”

Leslie Harlow, owner of a small salmon smoking business in Maine, wishes Food and Drug Administration (FDA) inspectors knew something about the reality of trying to run a small food business.

Harlow’s business is located in Hancock, Maine — population 2,394. Its Atlantic salmon fillets come from the Bay of Fundy, just up the coast. You can watch them cure the fish with sea salt and brown sugar for seven hours through a window, after which the fish are smoked.

In nearly 30 years of operation, they have never made a single person sick from a product that “has been a part of our dietary heritage for centuries.”

Harlow’s problems started back in 1995, when the FDA published its final rule on a complex program to make seafood safe. Not surprisingly, large firms suggested that small firms should have to do everything they did. The FDA agreed, saying the costs of the regulation were “incidental” and “reasonable.”

In 2005, the firm built a new facility to comply with new FDA seafood regulations. Two years later, Harlow left the business to her original partner, who ran it until a 2015 FDA consent decree shut down the business.

It was a nightmare.

The decree had 22 pages of requirements to create plans for production, testing, hiring, cleaning, monitoring and training — all costing tens of thousands of dollars. Everything had to be overseen by hired experts and be to the “FDA’s satisfaction.” The firm had to pay for FDA expenses whenever the agency felt the need to send multiple inspectors on the drive from Boston to Maine ($15,000).

The FDA requirements might help keep a food process safe that is operated by a 500-employee firm, but it would only distract a four-person process like Harlow’s from focusing on time-tested and effective procedures.

In 2016, Harlow bought the former partner’s interest and had her staff trained in FDA rules. Despite spending tens of thousands of dollars, she remained shut down.

After three years of back-and-forth, the FDA finally approved her safety program in 2019. Harlow couldn’t reopen, though, because she needed another FDA inspection and, by then, there was a three-month government shutdown in effect — another holiday season of sales lost.

The FDA recommended a lab to test her salmon and, after finding all of it in compliance, she was allowed to reopen last March. But a month later, the lab informed her that half of the batches were, in fact, out of compliance.

The FDA shut her down again, and Harlow had to recall her products. She sent the same samples to a more-reputable lab, which told her that her products were — as they had always been — in compliance.

At first, the FDA would not accept the new lab results, but then relented and told her she could sell her products. Two days later, officials said they had made a mistake, and she shouldn’t have sold anything.

She was again shut down. When asked when she could reopen, they replied that they were “really busy and will get to the matter when they can.”

Another FDA request for more “supporting paperwork” and payment was the straw that broke the camel’s back. She’s decided to move on from the business. Given this performance, if there were a safety plan for FDA inspections, the agency would probably find itself with a consent decree of its own.

This could have been avoided if a more reasonable standard for small plants had been issued back in 1995.

Maybe if the FDA had sought out or listened to people who had run a small food company, it would have, like Sen. McGovern, come to the conclusion that one size does not fit all.