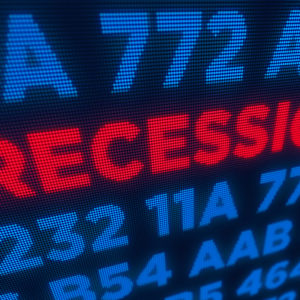 How Severe Will the Next Recession Be?

Calling the precise time of the next global economic recession is notoriously difficult. However, the same might not be true of calling how severe the next recession might be when it eventually occurs.

This would particularly seem to be the case in today’s context of excessively high global debt levels, global asset price bubbles, and the generalized mispricing of credit market risk. Those considerations, coupled with the lack of adequate policy instruments to respond to the next global economic recession, would suggest that when the next recession does occur it will be much more severe than the average post-war recession.

Among the more disturbing vulnerabilities of today’s global economy is the large amount of debt that was spawned by many years of ultra-unorthodox monetary policy by the world’s major central banks. Indeed, according to the IMF, today’s global debt to GDP level is 250 percent, or around 30 percentage points higher than it was on the eve of the 2008-2009 Great Economic Recession.

Handling a very high debt level in the midst of a recession will be a major challenge for policymakers. It might lead to a wave of defaults that could cause financial market distress that in turn would risk deepening the recession. That challenge would be substantially compounded if that debt proved to be owed by debtors of dubious creditworthiness.

Sadly, there are all too many reasons to fear that years of unorthodox monetary policy and low interest rates has led to a marked deterioration in lending standards. As former Fed Chair Janet Yellen has recently cautioned, the size of the risky U.S. leveraged loan market has approximately doubled from $600 billion on the eve of the 2008-2009 recession to more than $1.2 trillion at present.

At the same time, there has been a very large increase in lending to corporations of dubious creditworthiness in the emerging market economies. Particularly troubling is the fact that more than $3 trillion of that debt is in U.S. dollar-denominated terms, which will be difficult for those companies to repay if the world economy were to weaken and the U.S. dollar were to strengthen.

An important reason to be more concerned about high debt levels today than we might have been in 2008 is that the mispricing of global debt in the current economic cycle is much more pervasive than it was back then. In 2008, that mispricing was largely limited to U.S. mortgage lending whereas today it seems to be across the board and around the world. This would seem to set us up for considerable financial market dislocation should we get a serious repricing of risk to more normal levels and the bursting of asset price bubbles in the global equity and housing markets.

Examples of credit risk mispricing include the U.S. high-yield debt market and the emerging market corporate debt market. Borrowing rates in both of those markets reached levels that did not nearly compensate the lenders for default risk. Mispricing was also in evidence in the sovereign debt markets of very highly indebted countries like Italy, where until recently the Italian government could borrow long-term at interest rates very close to those in the United States.

Yet another reason to be concerned that the next recession is likely to be more severe than an average recession is that the United States would seem to be less well equipped now than it was in 2008 to fight the next recession. With interest rates still relatively low and with considerable political resistance to another round of quantitative easing, the Federal Reserve would seem to have very much less room for policy maneuver than before. Similarly, with the U.S. budget deficit already bloated by the very large Trump tax cut at a time of cyclical strength, there would seem to be little room for another fiscal stimulus package when the next economic downturn occurs.

By the time that the next recession comes around one must also hope that the Trump administration will be taking a more constructive stance with respect to the need for global economic policy coordination. However, judging by the administration’s America First policy to date, I would not recommend holding one’s breath for that to happen.