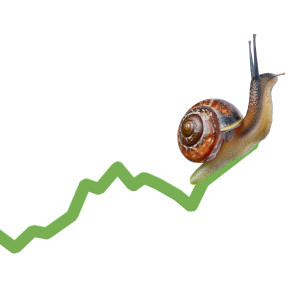 According to data on real gross state product released by the US Bureau of Economics (BEA), the growth rates of the Northeast and Mid-Atlantic regions have lagged behind other regions of the US. Growth for the US over this period was 8.4% versus 6.4% for the Northeast and 5.6% for the Mid-Atlantic region. The Mid-Atlantic, defined as Delaware, Maryland, New Jersey, New York, Pennsylvania, and the District of Columbia, had the slowest growth rate; consequently, it has slipped from first place in real gross domestic product per capita in 2009 ($55,786) to second place in 2013 ($57,866) and the Northeast has moved up from second to first ($55,312 to $57,986). National real GDP per capita was $46,706 in 2009 and $49,115 in 2013 according to the BEA.

The bottom line is that there has been a nation-wide shift toward goods-producing industries whereas the comparative advantage of the Northeast and Mid-Atlantic regions is in service-producing industries. This shift is possibly due, in part, to the gradual depreciation of the trade-weighted value of the dollar since 2002, notwithstanding its temporary spike during the financial crisis of 2008-2009 (Federal Reserve Bank of St Louis). Such a depreciation typically benefits export-oriented industries in the interior of the country (albeit with long and variable lags) relative to the coasts, which are more import-dominated.

Stacie Beck, Ph.D., is the Director of the Center for Economic Policy & Analysis at the Caesar Rodney Institute. She is an Associate Professor of Economics at the University of Delaware.