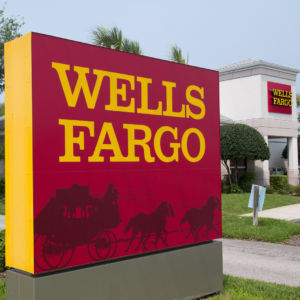 How to Play Into Elizabeth Warren’s Hands: A Primer by Wells Fargo CEO John Stumpf

There may be no greater sin in politics than to hand your opponents the ammunition they need to shoot holes in you and your arguments. By that standard, the nation’s large banks rank among the bigger bumblers of this era, and right now Wells Fargo is proving the points made by its critics better than any of its critics ever could.

John Stumpf, the CEO of San Francisco-based Wells Fargo, is writing the book on how to sabotage your own bank and its reputation, and we get to watch it in real time. When he appears tomorrow before the Senate Banking Committee to explain himself, Sen. Elizabeth Warren, the Massachusetts Democrat, will be on point. For Warren allies, it will be a pass-the-popcorn moment when she cross-examines Stumpf.

It took work for Stumpf to get into such a vulnerable position. So here are a few tips for bank CEOs who might want to follow his example. Five easy steps:

1. Ignore the warnings inside your bank.

By most accounts, Wells was firing employees well into this year over the practice of opening checking accounts that customers didn’t want amid relentless pressure from management. The practice underpinned an aggressive strategy of cross-selling — getting customers hooked on one service so Wells could sell them others. It went on for at least 5 years, possibly longer. So no answer that Stumpf gives about his own responsibility is going to be persuasive. You knew? Then why didn’t you do something? You didn’t? Why not?

2. Forget the political experience of other banks.

In 2010, Goldman Sachs faced an extensive grilling in Congress over a deal in which the storied investment bank appeared to sabotage its clients. JPMorgan Chase, keeper of the most famous name in American banking, got the same treatment in 2012 after a London-based trader lost billions before he was caught. Now Wells Fargo, with its iconic red-and-yellow stagecoach, is sliding into the political wringer. And its sins don’t involve complicated credit derivatives (Goldman) or complex international trades (JPMorgan) but rather checking accounts. Checking accounts! What American doesn’t get the inherent wrong here?

3. Do something that keeps your bank in the headlines for months.

The hardest part about keeping steam in the boilers of a reform movement is that temperatures fall. Outrage over the 2008 bank bailout will inevitably fade, but not if events force the conversation to continue and strengthen the hand of its critics. JPMorgan’s trading scandal rolled around at the time federal regulators were putting together the Volcker Rule, which banned proprietary trading by insured banks, and it played out over a good year, undercutting the industry’s push to water it down. Wells finished with one federal regulator, the Consumer Financial Protection Bureau, but now faces criminal inquiries from the Department of Justice that could drag on for years.

4. Ensure your misdeeds pertain to issues arriving at decision points.

Like when JPMorgan’s trader took a bath during the Volcker Rule fight, Wells Fargo has whiffed this one right as the country is chewing over whether big banks are too big to manage effectively, and federal regulators are writing rules on executive compensation. Without convincing answers from management, Wells will be making the case for a good downsizing, a talking point for Democratic presidential nominee Hillary Clinton. And Carrie Tolstedt, the Wells executive with overall responsibility for selling checking accounts? She’s departing the bank with a $124.6 million bonus. Timing is everything.

Cross-selling, the practice in question at Wells, is standard practice at any retail financial institution, and pretty common elsewhere in business. Buying shoes? Here are some socks to go with them. But as Wells demonstrates, the overall conditions in the bank matter. Wells essentially told employees, at a time of stubborn unemployment, to drive 100 miles in 30 minutes without breaking the speed limit, or find a new job. What do other big banks do? Well, they are all feverishly combing through records and examining internal practices to make sure they don’t do like Wells.

Why? The consumer bureau likes to use an initial enforcement case as a toehold for a closer look at industry-wide practices. It’s very first enforcement action knocked Capital One, the credit-card giant, for deceiving people into buying card add-on products like debt cancellation schemes, credit monitoring products. Subsequent cases and industry changes effectively stamped out the practices. Richard Cordray, the bureau’s director, made clear that Wells got the first look, but it won’t be the last: “We are putting the entire industry on notice, not only of the specific practices here today, which as I say we found unexpected and surprising, but that in general, this is a problem to be thought carefully about for incentive compensation schemes and careful monitoring of those.”

For years, Wells Fargo has billed itself as the non-Wall Street bank that doesn’t engage in the kind of reckless speculation and financial chicanery that characterized the years before the 2008 crisis. We’re out in San Francisco, far from New York, went the bank’s refrain. Now, Wells has offered fodder for the argument that it belongs in the same basket — “financial deplorables,” anyone? — as JPMorgan and Goldman, for a reason every American can understand. They screwed people over with checking accounts.

In the film Too Big To Fail, a dramatization of the events of 2008, the then-CEO of Wells Fargo, Richard Kovacevich, finds himself in a meeting at the Treasury Department with other CEOs over the terms of the bank bailout. He grouses that Wells didn’t peddle the “fancy products” that landed Wall Street in the soup. “Why am I in this room?” he asks. But these days, it’s those same New York banks that probably don’t want to associate with him, and certainly not in a congressional hearing room tomorrow.