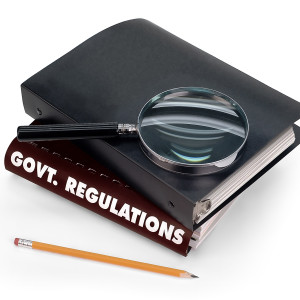 Policymakers have waived more than 600 regulations as part of the COVID-19 response. Federal agencies lifted rules against telemedicine and remote education.

The Food and Drug Administration’s approval process, which often takes more than a decade, will likely take only some months for coronavirus treatments. State and local governments have lifted rules against restaurant deliveries and all sorts of permit regulations that were preventing people from working while under lockdown.

If regulations such as these were not needed during a crisis, they were probably never needed in the first place.

There are many more such rules. The Code of Federal Regulations (CFR) is more than 185,000 pages long. Federal agencies finalize about 3,000 new rules every year. State and local governments have their rules, too.

Policymakers are doing the right thing by getting rid of never-needed regulations — but that is not enough. They must reform the rulemaking system itself. Otherwise, it will continue to generate harmful rules that will harm the next crisis response.

Two reforms would be especially helpful.

To pare down the stock of existing rules, an independent regulatory reduction commission should comb through the CFR and send Congress a reform package each year for it to vote on. To treat the flow of new rules, each new regulation should automatically sunset after no more than 10 years.

The commission idea has been tried before, and it worked.

When the Cold War ended, the military no longer needed so many military bases — but no member of Congress would vote to close the one in their district. To escape this deadlock, an independent Base Realignment and Closure Commission recommended base closures and other savings to Congress for an up-or-down vote. This allowed members to do the right thing and save billions of dollars, while avoiding political pain if their district was affected.

Former Sen. Phil Gramm (R-Texas) proposed a regulatory version of Base Realignment and Closure Commission in the early 1980s, and Rep. Josh Gottheimer (D-N.J.), proposed one as recently as 2017. With regulations blocking the COVID response as well as a difficult economic recovery, now is the time to enact a Regulatory Reduction Commission.

Its five bipartisan members would comb through five of the CFR’s 50 Titles per year in a 10-year cycle, starting with the areas most relevant to boosting healthcare and employment. Congress would be required to hold timely, amendment-free votes on the commission’s annual reform packages to avoid death by neglect or watering down into irrelevance.

As for sunsets, regulations, like cartons of milk, can go bad after a while. When that happens, the rules should be thrown out. Regulatory expiration dates give agencies an automatic incentive to keep an eye on these rules and keep them up to date if they begin to show signs of obsolescence. And if a rule ends up backfiring, Congress and agencies can get rid of it by simply doing nothing.

This idea also has precedents.

Texas has a Sunset Advisory Commission that periodically reviews not individual rules, but entire agencies. It has so far eliminated 41 agencies and consolidated 51 others, and claims to have saved $19 for every dollar it has spent.

Idaho’s entire regulatory code sunsets annually unless it is renewed. This actually happened in 2019, and it was replaced with something slightly streamlined. Federal agencies such as the Export-Import Bank and the U.S. Development Finance Corporation (formerly the Overseas Private Investment Corporation, or OPIC) have expiring charters that require congressional renewal.

Dealing with COVID-19’s health and economic effects are the two top political priorities right now. Nothing else even comes close. As policymakers find and eliminate never-needed regulations that are blocking recovery, they must also reform the system that made those rules possible in the first place.

If left untreated, that regulatory sludge will build back up, and stifle the next emergency response in ways no one can predict today. Repeal is not enough.