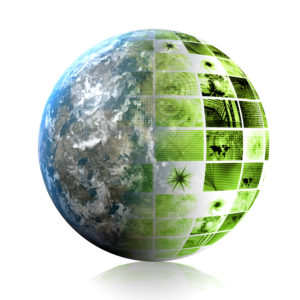 The global economy is always subject to adverse economic and political risks. However, seldom before has there been a confluence of such risks concentrated in as many systemically important economies as there is today.

It is doubtful that these risks are being adequately priced in the financial markets or being fully appreciated by global economic policymakers. This would seem to be especially the case considering how very likely many of these risks are to materialize.

Ominous signs of trouble ahead for the global economy are coming from the emerging market economies. Argentina and Turkey are in the grips of full-blown currency crises that are being fueled by political uncertainty in both countries. That uncertainty is unlikely to dissipate anytime soon. Meanwhile, the Iranian and Venezuelan economies are literally collapsing as U.S. sanctions are taking their toll. However, these troubles can be dismissed as occurring in small emerging market economies of little systemic importance.

The same cannot be said of the increasing political dysfunction in the United Kingdom, the world’s fifth-largest economy. Following the recent triumph of Nigel Farage’s Brexit Party in the European parliamentary election, it is all too likely that the Conservative Party will now choose a hard-Brexiter to replace Theresa May as prime minister.

A hard-Brexiter as prime minister raises the real possibility that the United Kingdom could crash out of Europe at the end of October without a Brexit deal with all of its disastrous economic consequences for both the United Kingdom and Europe. Seemingly the only way that outcome could be prevented would be for parliament to bring down the government and precipitate a new election. However, that too would have negative, albeit lesser, economic consequences by prolonging the period of U.K. political uncertainty and raising the prospect of a far-left Jeremy Corbyn government.

At the same time that Farage has upended U.K. politics, Matteo Salvini has done the same in Italy, the Eurozone’s third-largest economy. He has done so by leading his far-right League Party to a crushing victory over its supposedly senior Five-Star Movement coalition partner in Italy’s current populist government. This now gives Salvini the upper hand in determining the government’s economic policy agenda.

Salvini’s political ascendancy has to raise the risk that Europe could be headed toward another round of its sovereign debt crisis centered on Italy, which has an economy that is around 10 times the size of that of Greece and which has the world’s third-largest sovereign bond market. With an economy already in recession, and with both a public debt mountain and a shaky banking system, the last thing that Italy can afford is another period of irresponsible budget policy.

Yet, if Salvini is to be taken at his word, that appears to be precisely where Italy is headed. Consistent themes in Salvini’s political discourse are his total disregard of the need for budget discipline. Indeed, Salvini is now advocating a “fiscal shock” in the form of a major income tax cut to revive Italy’s moribund economy. This could soon seriously undermine confidence in the Italian bond market about Italy’s willingness to bring its public finances under control.

As if the risks of a hard-Brexit and of an Italian sovereign debt crisis were not enough, the global economy now has to grapple with the risk of a protracted U.S.-China trade war. Both President Trump and Chinese President Xi Jinping seem to have taken hardline positions from which it will be difficult for either of them to row back on without losing face. Unless that trade dispute is resolved soon, we could see a further economic slowing in China, which is the world’s second largest economy and which over the past decade has been the main engine of world economic growth.

Is it hoped somehow against all the odds the European economy will avoid being hit by either a hard Brexit, a renewed Italian economic crisis, or an escalation in the U.S.-China trade war. It is hoped it will also be spared any fallout from heightened geopolitical tensions in North Korean and Iran or from economic mismanagement in large emerging market economies like Brazil and Mexico.

However, in the context of an already troubled global economy, it would be irresponsible for U.S. economic policymakers to premise their economic policy decisions on the fortuitous and unlikely outcome that none of these risks will materialize.