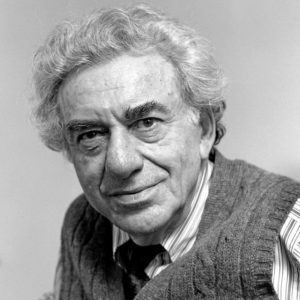 Ignore Hyman Minsky at Your Peril

During the 2008-2009 global economic and financial market crisis, we painfully learned about a Minsky moment. That is the moment when asset prices, including equity prices, collapse following a prolonged period of reckless speculative activity.

Professor Hyman Minsky never tired of warning that extended bull markets always end in epic economic and financial market collapses. Judging by the global financial market’s prolonged period of exuberance, as well as by Fed Chairman Jerome Powell’s recent statement that he is “not at all expecting” that the U.S. economy will experience a recession in 2020, one has wonder what markets and policymakers might have remembered about Minsky’s warning.

There can be no doubting that we have been experiencing a global bull market of epic proportions that would make Minsky shudder. That bull market has been fueled by a decade of ultra-easy monetary policy by the world’s major central banks. To cite but one example, U.S. equity prices have now increased by more than threefold since their nadir in March 2009, and the U.S. equity bull market is now in its 11th year.

There can also be no doubting that the prolonged bull market has spawned years of reckless lending.

How else can one explain that the risky U.S. leveraged loan market has increased to more than $1.3 trillion and that the size of today’s global leveraged loan market is some two and a half times the size of the U.S. subprime market in 2008? Or how else can one explain that in 2017 Argentina was able to place a 100-year bond? Or that European high yield borrowers can place their debt at negative interest rates? Or that as dysfunctional and heavily indebted government as that of Italy can borrow at a lower interest rate than that of the United States? Or that the government of Greece can borrow at negative interest rates?

Yet despite the clearest signs that global credit has been grossly misallocated and that global credit risk has been seriously mispriced, both markets and policymakers seem to be remarkably sanguine. It would seem that the furthest thing from their minds is that once again we could experience a Minsky moment involving a violent repricing of risky assets that could cause real strains in the financial markets.

One reason to be surprised at the market and policymakers’ current complacency is that there are already early warning signs that financial troubles might lie ahead. Argentina has now yet again defaulted on its bond obligations, Chinese companies are defaulting at an increasing rate, and the We-Work equity bubble has spectacularly burst.

Another reason for surprise at the market’s apparent complacency is that there are many indications that soon we could be moving toward a global economic recession. According to the IMF, largely because of the Trump trade war, we have moved from a situation in 2018 where 75 percent of all countries were experiencing an economic upswing to one today where 90 percent of all countries are now experiencing economic slowdowns.

One would have thought that with the world economy already slowing, markets would be pricing in at least some possibility that the deteriorating Hong Kong political situation might cause an escalation in the U.S.-China trade war. Or that markets might attach at least some probability to a hard Brexit, an oil price shock as a result of U.S.-Iran tensions, or the possibility that Elizabeth Warren might win the 2020 election.

Professor Minsky taught that markets have short memories and that they repeatedly delude themselves into believing that this time will be different. Sadly, judging by today’s market exuberance in the face of mounting economic and political risks, once again Minsky is likely to be proved correct.