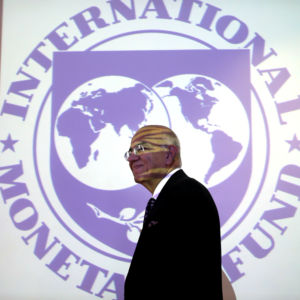 Iceland Is Discriminating Against Foreign Investors. The IMF Is Fully Onboard.

“’What Iceland is doing,’ so to speak, is to advance its effort to liberalize and eventually eliminate its capital controls,” the IMF Iceland team told InsideSources in a statement. “The effort has included a series of auctions over 2011–16 to allow offshore investors to exit the country; the resolution in early 2016 of its bank estates; and, more recently, steps to ease outflow controls on residents. The IMF has been and remains strongly supportive.”

The government implemented capital controls in response to the 2008 financial crisis. The government then passed a law last year in a move to exit the capital controls. A subset of the country’s investors, known as offshore krona holders, were then left with two options. They could sell their bonds to the government at a discounted exchange rate or have their funds locked in low-interest bank accounts.

InsideSources published a story last week which stated Iceland could be heading for trouble. IMF Communications Director Gerry Rice said the organization opposes policies that discriminate against foreign investors when asked about Iceland during a press conference. But Rice added that he didn’t have the details with him, and could not speak on it directly.

“I’m not familiar with those statements from the Iceland authorities nor the details of the issue so maybe we can come back to you after the briefing on that if we have anything,” Rice said at a press conference when asked by InsideSources. “In general, no, we do not support those kinds of restrictions.”

The IMF has now indicated it supports Iceland’s policy. Iceland followed fund guidance when it provided foreign investors the opportunity to sell their assets in a series of auctions between 2011 and 2016. The IMF has recommended a cautious and phased approach.

“The final effort to resolve the offshore krona overhang is appropriate before attention turns to residents,” the IMF detailed in a report from last year. “Permitting significantly more outward investment by pension funds is a logical first step for residents, and should be matched by steps to strengthen governance and risk management provisions in the Pension Fund Act.”

Iceland has been able to overcome its economic difficulties in the years since recession. The economy has strengthened, and it’s now growing faster than most other major countries.

The IMF Articles of Agreement, however, forbid discrimination against investors on the basis of nationality. Foreign investors were left with no choice but to accept less on their investments. The goal of the restrictions was to keep assets from fleeing the country, but some argue the country has the growth to keep its commitments to investors.

The United States is the single largest contributor to the IMF, with commitments of approximately $164 billion. Amidst the backdrop of President Donald Trump’s “America First” approach, the IMF’s support for a policy discriminating against American investors may raise questions for the new administration.

The initiative has already taken heat from some fervent critics. The Economist reported that a group of foreign investors claim the country is essentially defaulting on its debts. The European Free-Trade Association Surveillance Authority has been receiving complaints from frustrated fund managers.

The Central Bank of Iceland’s Monetary Policy Committee is forecasting the country will see further economic gains. Its quarterly economic outlook Feb. 8 revealed the country is expected to experience a six percent growth in its gross domestic product over the next year.