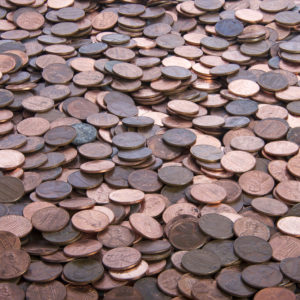 In Defense of the Penny

Does it still make sense to have the penny when more purchases are made with credit cards and other forms of electronic payment and the cost to make coins has increased? The answer, for a variety of reasons, is a resounding “yes.”

First, consumers benefit with a low denomination coin. The penny helps keep high prices in check. The alternative to the penny, rounding prices to the nickel, hurts consumers.

Second, there is strong public support for the penny. National polling shows that more than 66 percent of Americans favor keeping the penny.

Third, penny elimination doesn’t save money. In fact, government costs will increase without the penny.

Forth, America’s wonderful charities raise millions from the penny. Groups like The Salvation Army and Ronald McDonald House Charities rely on these small contributions that prove the penny’s value. Each of these points deserves further discussion.

To the first point, economists agree on one principle: businesses are guided by a desire to maximize profits. There is no obvious incentive for businesses to set prices in a way that will lead to rounding down. Research by Penn State economist Ray Lombra, and more recently by Georgetown fellow Robert Shapiro, shows that consumers would be hit with a multi-billion dollar rounding tax without the penny.

According to Federal Reserve studies, people with relatively low incomes (particularly the young, elderly and minorities) use cash more frequently than individuals with higher incomes. In our economy, 60 percent of transactions under $10 are still conducted in cash. Since only cash transactions will be subject to rounding, any move to eliminate the penny would be regressive and hurt “unbanked” Americans who have no other option and lack the means to make non-cash transactions.

An Overwhelming Number of Americans Want to Keep the Penny

Independent polls such as those by Coinstar, USA Today, and CNN/Time never have shown the level of public support for the penny below 60 percent. Americans understand that eliminating the penny would lead to a rounding process and cost them hundreds of millions of dollars in higher prices.

Third, rounding to the nickel will lead to a demand for increased production of nickels, with a production cost of almost nine cents. It’s hard to see how you save money by making more nickels that are losing money.

Moreover, there are fixed Mint overhead costs that would continue to be incurred if the Mint eliminates or suspends penny production. An August 2017 study funded by the coin-cashing service Coinstar estimated $295 million in real annual cost to taxpayers if the penny is eliminated.

Fourth, many local fundraising drives are fueled by pennies. So too are canister collections by charitable organizations such as the Ronald McDonald House, Muscular Dystrophy Association, the Taco Bell Foundation and Salvation Army, among others. These collections prove the penny’s value as money.

America’s charities are the foundation of our nation’s social safety net and help to ensure that people in need get the help they deserve. Penny drives and other innovative ideas are critical to all charities. The penny also funds innovative cancer research. One example from 2009 is particularly telling. On the 200th anniversary of Abraham Lincoln’s birth, the Leukemia & Lymphoma Society celebrated in New York the 1.5 billionth ($150 million) penny collected by school students across the country for the “Pennies for Patients” program. The Leukemia & Lymphoma Society certainly recognizes that every penny literally counts.

Cash is More Convenient and Secure

Finally, the multitude of data breeches should dispel the notion that the digital economy is more secure. No doubt the credit card companies will continue to discourage the use of cash while trapping people in debt. Similarly, large data companies will continue to force customers to choose their cashless way, all the while profiting from ad buys tied to your digital profile and purchase history. But in a democratic society, freedom should also entail the freedom to choose one’s form of payment.

So, can we do without the penny? Not if we want to keep inflation in check, protect America’s hard working families, keep government costs down, and continue to help charities raise millions of dollars.

Mark Weller is executive director of Americans for Common Cents.