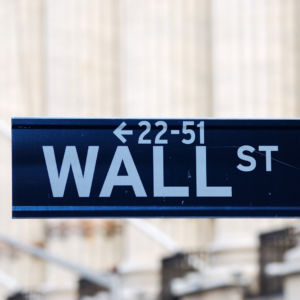 The coming of the Donald Trump administration and a rebellion by state regulators has scrambled the prospects for creating a new national charter for innovative financial companies, a Silicon Valley priority that has generated friction with Wall Street.

The federal regulator for banks that can operate across state lines, the Office of the Comptroller of the Currency, is considering how it might create a charter that would enable companies that aren’t technically banks — because they don’t take deposits — to operate nationwide.

The idea grew out of frustrations on the part of new “fintech” firms that having to follow regulations in 50 states all but negated the value of Internet-based technologies designed to let them reach customers, regardless of geography. Companies that, for example, want to operate exchanges for the digital currency bitcoin, need licenses in almost every state.

But state regulators, never warm to the concept to begin with, rebelled against the idea in a Nov. 14 letter to the OCC. The Conference of State Banking Supervisors, their umbrella group, objected to any system that would outflank their authority.

“Rather than adapting our financial system to the possibilities enabled by technology, the OCC would put a stop sign on innovation through a regulatory regime that favors the entrenched over the emerging [and] circumvents consumer protection,” its head, John Ryan said in a statement accompanying the letter.

The idea faces more uncertain territory as the incoming administration gets its bearings and chooses regulators, and — in all likelihood — revisits parts of the Dodd-Frank Act of 2010, in which Congress overhauled financial regulation.

The OCC’s remit is the regulation and supervision of national banks with federal charters, and is distinct from that of state-chartered banks, where state regulators hold sway. The Federal Deposit Insurance Corporation, a separate federal agency, backs customer deposits in banks, regardless of what kind of charter they have.

The advantage to national banks is that they don’t have to follow individual state rules. Federal rules, in the jargon of banking regulation, “preempt” state ones, and preemption undergirds that bank’s ability to operate nationwide under a single framework.

The head of the OCC, Thomas Curry, has sought to tamp down resistance from the states by arguing that anything the agency does won’t dial back the stringency of rules that existing companies face.

“If the OCC decides to grant a national charter in this area, the institution will be held to the same high standards of safety, soundness, and fairness that other federally chartered institutions must meet,” said Curry at a conference in London. “Having a national charter has tremendous value, and because of that it carries certain responsibilities.”

The challenge for the OCC is balancing the value of a national charter for fintech firms with the opposition it will generate from the banking industry. If the charter doesn’t include the potent power of preemption, “what good is it?” asked a lobbyist for tech firms who support the concept.

Still, the fact that the idea has made it this far testifies to Silicon Valley’s political muscle. A bid four years ago by the tiny, and somewhat fraud-ridden, online lending industry came to naught as the OCC flatly refused to consider a national charter for them.

In their letter, the state regulators were responding to a regulation the OCC is developing that may begin the long process of adapting rules aimed at deposit-taking banks — which have been around for centuries — to other forms of financial companies. It was widely understood as a positive sign that the national charter is possible.

“This rulemaking is a very encouraging, tangible step for the OCC to take on the road to chartering more innovative financial companies including digital currency companies,” stated Jerry Brito, the executive director of Coin Center, a think-tank backed by the embryonic industry.

The OCC’s effort could be interrupted by the change in administrations.

The 5-year term Curry is serving will expire in 2017, and Trump would have to nominate a successor. Silicon Valley, which eagerly backed Curry’s effort, could face renewed resistance to the idea if Trump chooses a particularly bank-friendly Comptroller.

Banks have been extremely wary of the idea because it would seem to offer a chance for fintech firms to dodge certain regulations that they have to follow, though the extent of that privilege in practice remains to be seen. And the initial signs that the Trump administration is listening to Wall Street veterans like Steven Mnuchin, a former Goldman Sachs executive, and Wilbur Ross, a leveraged buyout specialist, has technology lobbyists wary.

Silicon Valley also may face an extended, multi-year battle over immigration policy under Trump, who made it a signature issue of the campaign. That may reduce the tech industry’s appetite for picking fights on other matters as it seeks to preserve access to immigrant talent.