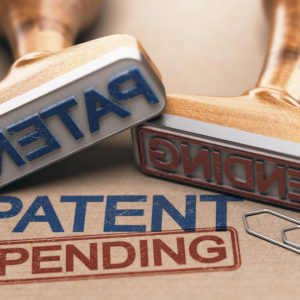 As the owner and founder of Queen Tackle, a small North Carolina fishing tackle business I run with my son, we help contribute to the $2 trillion American manufacturing industry. But as a small business, we’re also acutely aware of our bottom line.

I currently have a patent pending, and as someone who speaks to others in similar manufacturing businesses, I know that reforms in the American patent system have played a critical role in our economic resurgence. Undoing these reforms, as some now want to do, would put companies like mine at risk.

Patent-trolls frequently target American manufacturers. This is exactly what I recently experienced. A much larger competitor accused me of patent infringement and filed suit, never even specifying the patent that had allegedly been infringed upon. Challenging this suit has not been cheap. And battling a case like this in the courts is a long, slow process. Many small companies might just give up.

It’s critical that government help weed out poor-quality patents. But the challenge of investigating these patents has grown in recent decades.

In part, because the number of patent examiners — those Patent and Trademark Office specialists whose job it is to decide if an application really fits the legal requirements for patentability — has failed to keep up with the volume and complexity of new filings. With only 8,500 specialists, the typical patent receives fewer than 20 hours of examiner attention — no matter how complicated the case.

What’s more, once an examiner made its ruling, the PTO had no process for double-checking if it had made a mistake. Challengers and defenders of patents had to shoulder the high expenses of a full-blown court battle, including the costs of discovery and an expensive trial.

The process favored well-heeled players, whichever side they were on. Even more worrisome was that these questionable patents had to be debated before a federal court, in front of a judge and jury, who may have no background in intellectual property law.

This all changed in the wake of the Great Recession when Congress enacted the American Invents Act of 2011. The legislation overhauled the Patent and Trademark Office so it could determine intellectual property rights in a faster, more efficient, and more affordable process, than through the courts.

A central part of the AIA is the inter partes review (IPR), an administrative tribunal that reviews ambiguous patents. The IPR process looks a lot like a jury, but there is only one thing up for debate — whether or not the USPTO should have issued a specific patent. And the decision is determined by an informed and experienced patent examiner.

The good news is that this new IPR system is working, making it harder for patent trolls to hold up inventors and ensuring experts are reviewing the patents. As Stanford law professor Mark Lemley told the New York Times, IPR “probably hasn’t made patent trolls go away, but it’s changed their demands. Now they sue and ask for $50,000 rather than… $1 million.”

By some estimates the total savings in legal fees since IPR was created is in excess of $2 billion — far more affordable than litigation. What’s more, 80 percent of selections lead to invalidating the challenged patents.

When appealed, as the parties have a right to do, 89 percent of IPR findings are upheld in federal Circuit Courts. This shows the process is working.

Some still worry that the number of reviews itself is too high, undermining the patent system. But of the more than 338,000 patents granted in 2018, and 3 million patents in-force today, only 859 were re-examined that year.

Put another way, only 0.2 percent of patents granted last year, and 0.0001 of all those in force today, went through the re-examination process.

The IPR process may be the single, most effective productivity, quality control and transparency reform Washington has undertaken in modern times. For small inventors and manufacturers like me, the IPR process means one thing: Defending the intellectual property that is essential to our businesses and growth does not mean that we are flirting with financial ruin.

We benefit. Even more, America does.

Jeff Queen is owner of Queen Tackle LLC in Catawaba, N.C. He wrote this for InsideSources.com.