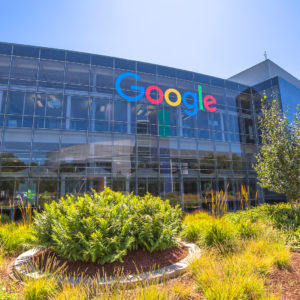 Investors Should Be Questioning Alphabet’s ‘Moonshots’

The project that presents Alphabet Inc. with the greatest prospect for financial loss and even reputational damage is Google Fiber, which is essentially the company’s foray into the highly competitive world of high-speed internet service. This move has drawn harsh criticism on a number of fronts, especially as Google Fiber announced plans to pause development in many cities.

The concerns reflect, in large measure, shareholder doubts about the financial viability of the project at a time when it may be losing tens of millions of dollars a year. The concerns also arise from accusations that the company avoids investing in building networks in poorer neighborhoods in favor of more affluent ones where it can expect higher returns.

It is important to remember that Alphabet Inc. has made tens of billions of dollars with its internet advertising and search engine business, an enviable position for any company and its investors. But in recent years, Google has been largely mum about its riskier and untraditional investments, including the aptly named moonshot projects. Indeed, it has provided little information to nervous investors, even as these projects lost $3.6 billion in 2015 alone.

Google Fiber is, in many ways, the embodiment of what is wrong with these so-called moonshot projects. After six years in business establishing outposts across the country, Google Fiber has experienced significant financial challenges, thereby exposing the company to potential liability, even as executives scramble to quietly reduce the project’s cost and budget.

After Google Fiber was announced in 2010, more than 1,100 cities and towns begged Fiber for its service, trusting Google Fiber was the next wave of internet. Eighty months later, only networks in 8 cities have been built. The project is lagging embarrassingly behind Google Fiber’s five-year goal to have more than five million subscribers, with industry estimates putting the number of current subscribers well under 500,000.

Ahead of the Alphabet Inc. earnings call Thursday, Google Fiber announced that the division’s chief executive Craig Barratt would be stepping down, in the midst of a decrease in staff and a halt in future developments.

Google Fiber is considered the most expensive “other bet” outside of Alphabet’s core search business. In 2015, Google Fiber and the “other bets,” including Verily, X, Nest and Calico, lost $3.6 billion, while earning $448 million in revenue. The capex for these investments in 2015 was $869 million, for which Fiber continues to be the driver, according to company officials and SEC filings. In the second quarter of 2016, the operating losses continued for other bets were $709 million and capex was $280 million.

Some observers have questioned whether Alphabet was prepared for this type of utility business model. Before Fiber, Google had never tried a door-to-door service, never had to collect monthly payments from its users, and never had to dig up gardens and front yards before. Questions continue as reports surface that Google Fiber is reconsidering its business model and are considering a shift to wireless, a cheaper alternative to laying miles of fiber cables.

Given the recent reports and questions involving Google Fiber, investors should be asking Alphabet officials about the economics of Google Fiber, a project that has lacked investor transparency for the last six years:

1. There are a variety of estimates regarding the number of subscribers Google Fiber has signed up for service. As a company that prides itself on transparency, will they commit to releasing the actual broadband and TV subscriber numbers to investors and the public?

2. News outlets have reported that sometime in July, Alphabet’s CEO ordered Google Fiber officials to reduce staff by 50%, to 500. Can you describe the reason for this significant reduction in staffing?

3. Outside the core business, there are ten or so “other bets,” or “moonshot” investments, by Alphabet Inc. Some are considered transformative and aren’t expected to immediately turn a profit, but some have become multiple year investments that have little expectation of ever being money makers. Why doesn’t Alphabet offer clearer and more specific information on revenue and expenses for each of these investments?

4. Despite the lack of subscribers and significant losses, Ruth Porat, the CFO of Alphabet described Google Fiber as a “huge market opportunity.” Can Ms. Porat further explain or help to quantify those remarks with statistics or figures?

Alphabet’s core business was transformative and proved to be wildly successful, but investors should be asking tough questions about moonshot bets that are costing the company billions without any profitability in sight.