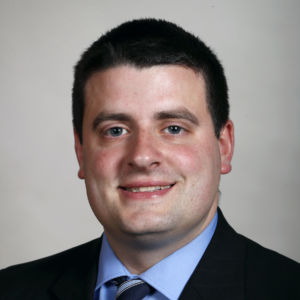 Regents ‘Have Some Questions to Answer’ Regarding Blame for Tuition Hikes

Early in this legislative session, legislators will have to quickly address the $37.2 million shortfall in the fiscal year 2018 budget, in order to maintain the state’s functions. Thus far, legislators have been non-committal on line items to be reduced or cut, but one particular appropriation that could be on the chopping block is to the state’s Board of Regents.

In January of the 2017 session, the legislature cut approximately $20.75 million from the Regents’ fiscal year 2017 budget. The ensuing April, the legislature cut an additional $9.58 million from the Regents’ fiscal year 2018 budget. This resulted in the Regents approving a 3 percent tuition increase in June 2017, on top of a two percent increase that the board had agreed to prior for two consecutive years. During summer of 2017, both ISU and UI proposed annual tuition increases of approximately seven percent over five years to increase funds. The Regents have the final say however when it comes to tuition hikes.

Ahead of the 2018 legislative session, the Regents have agreed to seek an additional $12 million in funding from the state ($5 million each to ISU and UI, and $2 million to UNI) for fiscal year 2019, which according to senior communications director for the Board of Regents, Josh Lehman, will be used solely to provide financial aid to resident Iowans at the Regent universities.

At a pre-legislative session meeting earlier this month, Chairman of the House Appropriations Committee, Rep. Pat Grassley (R-District 50) reviewed the 2018 budget shortfalls, as well as presented slides relating to misconceptions of the legislature ahead of session. One particular area Grassley discussed was the issue of properly funding higher education at public universities and community colleges.

“I kind of find it interesting that the legislature continues to take a lot of pressure that we’re the ones to blame and solely blame for increases in tuition,” Grassley said, “when you see here state employees have been decreased by eight percent while the Regents have had a 26 percent increase in employees while having a 12 percent enrollment growth. I just want to be clear that some of this is also on the decisions that the Regents have made at their level as well that the tuition increases are always blamed on the legislature’s lack of funding. But I look at this and the way they’re managing their budget and see that they have significant growth in employees yet they want to turn around and blame the legislature for any tuition increases that may come forward.”

“I think this question needs to be answered when you go in and justify not only to the legislature but parents,” Grassley said, “that ‘hey all the increases are because of the funding at the state level, however we’re not going to tell you that we have a 26 percent increase in the number of employees at our institutions,’ and I think that’s a question that needs to be answered.”

Community College Funding
Democrats from both the House and Senate have called out the Republican-controlled House and Senate for budget cuts to higher education, predominantly community colleges, where many students receive certificates, attend nursing programs, trade programs, and participate in apprenticeships. However, according to the Iowa Legislative Services Agency, appropriations to community colleges have remained stagnant over the last four fiscal years, while enrollment has dropped by approximately 5,000 overall. Grassley said that the cost to community colleges at this time should be low due to declining enrollment and appropriations remaining as high as they are.

Changes to RIIF funding
Grassley also pointed out that the committee and the legislature as a whole should be more detailed when using money saved in the Rebuilding Iowa Infrastructure Fund (RIIF). The fund’s initial purpose was to rebuild and maintain Iowa’s state building infrastructure, but Grassley said that as of recently, much of the money in the fund is being allocated to Regent facility projects.

According to the Iowa Legislative Services Agency, from fiscal year 2012 through fiscal year 2018, the state has spent $72.85 million from RIIF on projects related to state infrastructure, while Regent projects and tuition replacement (a system in which the state pays for maintenance on a bond held by a Regent project so the cost is not passed down on tuition) spent $457.7 million from the fund.

“Truthfully, I should be to blame as well as the entire legislature in both parties,” Grassley said. “We should have been doing a better job in making sure our major maintenance on state facilities were the priorities of this fund. We’ve allowed it to grow and grow for Regents and tuition replacement projects, and somewhat ignored our major maintenance for our state facilities.”