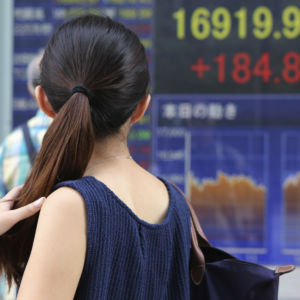 Iraqi Turkeys in the Market

A Wall Street adage that might best characterize these days of ultra-easy monetary policy in the world’s major economies is that “when the winds are strong even turkeys fly.”

By this is meant that when global liquidity is ample and when very low interest rates on safe assets force investors to stretch for yield on more risky assets, even borrowers with the poorest of credit records have little difficulty in raising money on relatively favorable terms. All too often, the poor lending practices that these easy liquidity conditions encourage set up the stage for the next global economic and financial market crisis.

As if to remind us as to how very strong still are the winds in the global credit market, war-torn Iraq, which is hardly known for its political stability or for being in the safest world neighborhood, recently managed to place successfully a six-year government bond independently without any U.S. guarantee. Indeed, its $1 billion bond offering was more than six times oversubscribed and it priced at a relatively low yield of around 6 ¾ percent.

Something that should be of concern to world economic policymakers is that Iraq’s bond placement is hardly an isolated case of a borrower with very dubious creditworthiness now being able to tap the global credit market on favorable terms.

A few weeks ago, Argentina, a country that has defaulted no less than five times over the past 100 years was able to place a $2.75 billion 100-year bond at a relatively low yield. Greece, a country that defaulted on more than $250 billion in government debt as recently as 2012, was able to raise more than $3 billion with a five-year bond placement at a low 4 ½ percent yield.

This is not to mention the fact that as economically and politically troubled a country as Italy has its government routinely raise long-term money at 2 percent or at a rate not very different from that at which the U.S. government borrows. Nor is it to mention the fact that over the past few years ample global liquidity conditions have allowed highly leveraged emerging market corporate borrowers to tap easily the global bond market on favorable terms for very large sums of money.

All of this is fine and well for the world economy as long as the winds keep blowing strongly in the global credit market. However, painful past experience should be informing us that at some point the credit winds will inevitably stop blowing as they very well might do next year when the world’s major central banks start normalizing their monetary policies. When that happens, the flying turkeys will come crashing to earth again in much the same way as they have done all too often in the past.

One must hope that with all of the reckless lending that has been going on over the past few years, global policymakers do not seriously believe Janet Yellen’s recent statement that “we will not see another global economic and financial crisis in our lifetime.” Rather, we must hope that the world’s economic policymakers are already starting to give serious thought as to what the best policy response might be to renewed severe strains in the world’s financial system when the easy credit music stops playing.