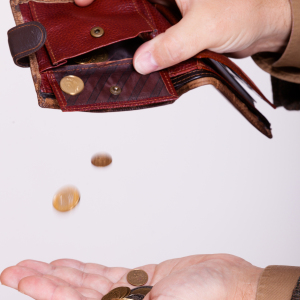 Is This Dystopia? No, It’s Iowa.

Imagine you’re a small business owner. You’ve had some financial problems lately as some of your customers have been unable to pay on time. But government regulators take a look at your finances and tell you, “Don’t worry. You’re doing fine. You should invest more in your business so you can grow.” So you take their advice and invest more of your savings.

But just a few months later, the government realizes it made a mistake. Your company wasn’t doing so well. It was not a good time to invest. To help, the government says it’s going to give you a loan. You will have to pay it back, plus 10 percent interest.

Your business recovers, and you’re able to repay the loan, with interest, in short order.

You should be back on the path to turning a profit and growing your business, right? Wrong. The government then realizes you have a profitable company, so it changes the rules of the game. It rewrites the terms of its loan and declares it will seize all of your profits. Forever.

This is not the plot of a dystopian novel. It really happened. No, not in communist Cuba or under the iron fist of Vladamir Putin’s Russia—it happened right here in America.

The businesses were not actually small. This is the tale of housing giants Fannie Mae and Freddie Mac in the period leading up to and since the mortgage crisis in 2008. But while these are large, publicly-traded companies, the government seizure of all their profits leaves investors as the victims.

Those most hurt by this are small investors who put their savings in these companies. Retirement savings were invested in mutual funds that held stakes. Small community banks were encouraged by federal regulators to invest in Fannie and Freddie. You may be affected by the federal government’s seizure of the companies and not realize it.

Proponents of the government’s actions want to justify it by characterizing the only victims as hedge funds. That’s not true, and the real concern here is the rule of law. Even liberal consumer advocate Ralph Nader is speaking out against the Obama Administration’s actions.

Investors have been fighting back. Continental Western Insurance Co., which is based in Des Moines, is among the investors, small and large, that are challenging the government in court. Continental Western’s case is now being heard by U.S. District Judge Robert Pratt for the Southern District of Iowa.

The Federal Housing Finance Agency (FHFA) is the conservator of Fannie and Freddie. According to the FHFA’s own website: “A Conservator is the person or entity appointed to oversee the affairs of a Company for the purpose of bringing the Company back to financial health.” A conservator is supposed to represent the interests of all creditors, which would include not just the federal government but also the shareholders of the company.

The Federal Deposit Insurance Corporation (FDIC) has a long history of taking banks into conservatorship, but former FDIC officials believe the federal government is acting outside the rule of law. Michael H. Krimminger, a former top official with the FDIC and who advised Congress on writing the law that established FHFA’s role as conservator, has written that the government’s actions are “a violation of every principle established in bankruptcy and in the more than 80 years of FDIC bank resolutions.” Former FDIC Chairman William Isaac has voiced concerns that capital in the housing market will disappear if the government is free to do as it pleases. “Capital follows the rule of law, and if investors can’t count on that in the U.S. and in the housing markets, they will put their money elsewhere,” he writes.

Unfortunately, the federal government likes keeping the profits for itself. This has allowed the Obama Administration to disguise the size of the deficit by seizing the profits of these private companies.

It’s time for this to end. This is not a partisan issue. Liberals like Sen. Elizabeth Warren (D-MA) and conservatives like Sen. Richard Shelby (R-AL) agree that the conservatorship must be unwound. While they disagree on what reforms should be made to the housing market over the long term, in the meantime, the Obama Administration has used Congress’ intransigence and our slow-moving legal system to completely ignore the law.

Investments always carry risk. Fannie and Freddie were a root cause of the housing crisis, and their troubles show the need for serious reforms. The best path is to rely on the free market rather than a government-distorted market. But if the federal government is allowed to continue operating outside the rule of law, what investor would ever want to take the risk of placing his or her hard-earned money into an investment the government can seize on a whim?