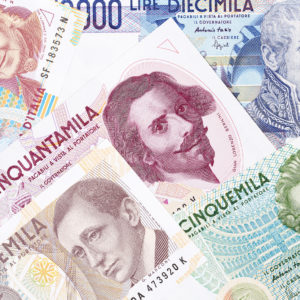 It Is Italy’s Economic Growth, Stupid

Faster economic growth is a necessary condition for a country with as large a public debt mountain as Italy has if it is to reduce its vulnerability to a less favorable global liquidity environment. This makes the anti-economic growth policy stance of the new Italian government all the more difficult to understand.

By eschewing budget discipline and by being intent on reversing the modest pension and labor market reforms of its predecessor, just as global liquidity conditions are becoming more challenging, the Italian populist coalition government risks compromising Italy’s economic growth prospects and inviting the return of the international bond market vigilantes.

To say that the Italian government has little room for economic policy error would be an understatement. With a public debt level now in excess of 130 percent of GDP, markets are already expressing uneasiness about the country’s public debt sustainability. With a banking system that is saddled with 400 billion euros in Italian public debt and that has non-performing loans well in excess of 10 percent of their balance sheets, questions are also being asked about whether Italy’s banks will not soon need a government bailout.

Yet, despite this lack of room for policy error, the new Italian government has made the cardinal mistake of flouting the Eurozone’s rules on budget discipline by presenting an expansionary budget for the next fiscal year. Making matters worse it has premised this budget on a highly rosy economic scenario. That makes it all too likely that the budget deficit in 2019 will well exceed the government’s already high 2.4 percent of GDP deficit target, which will keep Italy’s public debt on an ever-increasing path.

Far from promoting economic growth as the Italian government believes, there are several reasons to think that an expansive fiscal policy, just as the European Central Bank is getting ready to end its bond buying program, risks pushing the Italian economy back into recession.

The first is that the announcement of the government’s budget plans has already led to a sharp increase in Italian long-term interest rates to their present level of around 3.4 percent. This represents a near doubling of these interest rates since the Italian elections in March. This rise will necessarily involve an increase in borrowing costs for both Italian investors and consumers that must be expected to reduce Italian aggregate demand.

The second is that falling Italian government bond prices risk causing a credit squeeze in the Italian banking system. With the Italian banks holding an excessive amount of these bonds, a fall in their prices impairs these banks’ capital base. In so doing it impairs their ability to lend, which is the very lifeblood for an economy to grow.

The third is that by flouting the Eurozone’s rules, the Italian government risks undermining both domestic and investor confidence. It does so by putting into question the new Italian government’s long-term commitment to have Italy remain in the Euro. As if to underline this point, since the March elections, foreigners have been repatriating capital out of Italy at a troublingly rapid rate.

It is hoped the new Italian government will heed the loud and clear signals being sent to it by the markets in response to their recent budget announcement and back off from their confrontational stance towards their European partners. If not, we should brace ourselves for yet another painful chapter in the Eurozone’s sovereign debt crisis.