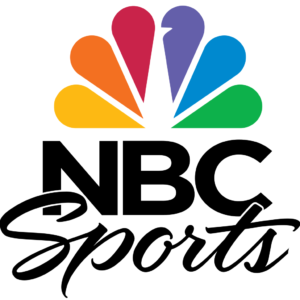 It Is Time to Turn Up the Heat on NBC Sports: Golf Industry Needs Focused Antitrust Approach

They are facing multiple investigations and executives of each will testify in front of the House Judiciary Committee this week. Due to their economic significance and concentration of power over the digital platforms they control, there is bipartisan support to scrutinize how their platforms harm businesses and consumers.

But, while Congress and the antitrust enforcers have been preoccupied investigating the tech giants, Comcast’s NBC Sports Group quietly acquired EZLinks Golf in November of last year as part of its effort to monopolize the third-party online tee time agency (“OTTA”) and golf management software (“GMS”) markets, which is currently harming businesses and consumers.

Comcast, the owner of NBC Sports Group, whose businesses include the Golf Channel, Golf Advisor and GolfNow, the world’s largest third-party online tee time reservation platform, is a goliath in the online booking of tee times.

In 2015, the PGA Tour invested in EZLinks to launch teeoff.com, its OTTA, to directly compete with GolfNow. Public golf courses, which relied on GolfNow, cheered because they were getting an alternative digital platform to list their tee times.

Sure, they knew it would take time for EZLinks to grow the consumer and the golf course sides of the platform, but competition was a welcomed change for the industry. With the purchase of its only OTTA competitor, GolfNow is on its way to being part of every online booking of tee times.

Like the golfer who nudges the ball into the hole when no one is looking to illegitimately gain a leg up on his competitors, NBC’s GolfNow has marshalled a multi-pronged strategy to keep innovative online booking rivals from serving golf courses.

The conduct is very similar to the conduct exhibited by big tech. Through a series of acquisitions of GMS vendors, GolfNow controls the e-tee sheets, booking engines and websites for two-thirds of public golf courses. Because of its dominance, it is currently squeezing golf courses and inhibiting online booking rivals from entering and expanding.

It couples the GMS and OTTA services depriving golf courses of choice, which puts GolfNow in position to deny rival online booking apps access to its clients’ e-tee sheets and booking engines.

Its platform controls valuable customer data and uses sophisticated search techniques to funnel customers to its platform instead of golf courses’ websites or rival platforms. Further, it retaliates against golf courses that decide to leave its OTTA platform.

NBC’s GolfNow imposes price parity clauses that restrict a golf course from offering a better price on any other online channel including its own website. This means that it has significant power over the price of golf, which results in golfers paying more.

Like the self-preferencing allegations against big tech platforms, GolfNow advantages the sale of its bartered tee times on its platform against the golf course operators’ own tee times. Unfortunately, it has become a necessary evil for golf courses to market their tee times on NBC’s third-party OTTA platform.

Public golf courses are not the only ones harmed by this deal, as NBC’s GolfNow and EZLinks fiercely competed for golfers by offering them promotions, discounts, and monthly subscription services.

They engaged in a race to zero on booking fees. The elimination of its only meaningful rival only reduces NBC’s incentives to offer discounts, coupons, and promotions, and it will now be able to charge higher subscription and booking fees.

In other words, NBC’s acquisition eliminated competition to the detriment of golf courses and golfers alike. Yet, the merger and conduct has avoided critical antitrust scrutiny. In golf, missing the putt can mean the difference between victory and defeat.

There are no do-overs. Fortunately, in the antitrust world, competition agencies get a chance to make things right. After all, the Justice Department and Federal Trade Commission are doing just that with respect to ongoing big tech investigations, some of which are targeting past acquisitions of nascent rivals.

Here, NBC is simply following the same blueprint of the tech giants by taking out a competitor before it becomes fully competitive. Golf course operators and consumers need real choice and competition that results in more innovation.

Unfortunately, as it stands now, they will get neither since NBC is now in control of over 90 percent of the aggregated online tee time inventory in the United States.

We are increasingly aware of how consolidation and monopolistic conduct cost consumers and the economy in less competition, higher prices, and less choice.

Antitrust enforcers should not be ignoring smaller transactions or markets.

Sensational cases involving the likes of Facebook, Amazon, and Google may grab the headlines, but that is no reason for smaller, less flashy deals — deals every bit as significant from an antitrust perspective — getting lost in the weeds.

Andre P. Barlow is a partner at Doyle Barlow in Washington, D.C., and a former trial attorney with the Antitrust Division of the U.S. Department of Justice. He wrote this for Inside Sources.