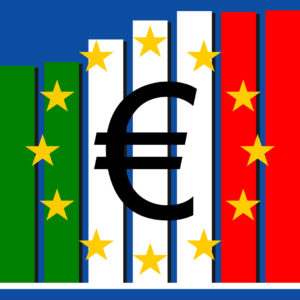 It Is Italy’s Economic Growth, Stupid

Rapid Italian economic growth is essential if Italy is to resolve its serious public debt and banking system problems. That in turn is needed if Italy is to regain investor confidence, which has been seriously battered by heightened political uncertainty over the last few months.

However, Italy’s present difficult political situation makes it all the more likely that, far from achieving rapid economic growth, the country risks slipping yet again into an economic recession. The Italian coalition government of strange bedfellows with highly unorthodox economic views that has finally been stitched together is all too likely to undermine both domestic and foreign investor confidence.

Over the past decade, Italy’s economic growth record has been abysmal. Since 2008, the country has managed to have a triple-dip economic recession and its economy is yet to regain its pre-2008 level. In addition, over the last two years, when a meaningful European economic recovery finally got underway, Italy’s economic growth performance lagged far behind that of its European partners.

With a public debt to GDP ratio of over 130 percent and a banking system with more than 15 percent of its loans not performing, the last thing that the Italian economy needs is the rise of populist economic parties. Yet that is precisely what the country has now got.

Following major advances in the March 2018 parliamentary elections, the populist Five-Star Movement and the far-right League have now joined forces to form a coalition government. These two parties are committed to rolling back the economic reforms of the previous government and to introduce budget-busting measures like a guaranteed basic income and a flat-tax. They are likely to do so even if this means flouting the rules of the Eurozone and putting the country on a dangerous collision course with its European partners.

Italy’s unsettled political situation heightens the probability that its economy will succumb to yet another economic recession. Investor confidence is bound to have been hit hard by the tortuous process over the past three months of putting together a government. Investors are also likely to take fright at the coming to power of a populist government not committed to disciplined-economic policies and lacking a strong commitment to keep the country in the Euro.

At the same time, the country’s economy is also likely to take a hard knock from very much higher international oil prices as well as from tighter credit conditions as a result of higher government bond yields. As if to underline this latter point, over the last few days Italian two-year bond yields have increased by more than a staggering 1.5 percent as Italian bond investors have stampeded to the door.

Sadly, all of this heightens the chances that Italy will find itself again in a downward economic spiral. High interest rates caused by political uncertainty will cause the Italian economy to stumble. That in turn will raise further questions about the country’s ability to service its debt, which will drive interest rates even higher leading to a further leg down in the economy.

It would be a big mistake for the Trump administration to ignore the unfolding Italian economic and political crisis as economic developments there could reach our shores. The Italian economy is 10 times the size of that of Greece, whose earlier crisis shook the Eurozone to its core. Being so much larger than Greece, Italy has the real potential to cause the euro to unravel and to precipitate a major European banking crisis.

As such, Italy has an economy of global systemic importance that the Trump administration would be ignoring at its peril. It is hoped that such considerations will lead the administration to adopt a less confrontational and a more cooperative economic policy stance toward our European partners. However, judging by the administration’s recent decision not to exempt Europe from steel and aluminum tariff increases, I am not holding my breath for this to happen.