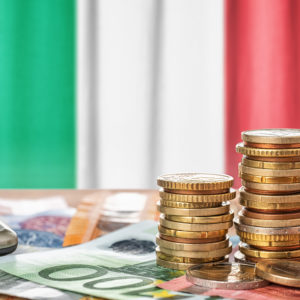 Italy’s Threat to the Global Economy

After the briefest and weakest of economic recoveries, the Italian economy has again succumbed to an economic recession for the third time in a decade. This risks further undermining Italian support for the euro, particularly considering that Italian living standards today remain below those enjoyed 20 years ago when Italy adopted the euro as its currency.

A further reason for concern is that ahead of this May’s European parliamentary elections, Italy’s populist government is becoming more radical in a manner that is hardly likely to revive flagging investor confidence in that country.

The government is now openly attacking the Bank of Italy’s independence and is engaged in a major diplomatic row with France, which resents the Italian government’s encouragement to France’s Yellow Vest protest movement. At the same time, its weakening public finances are likely to again put the Italian government on a collision course with Europe over Italy’s 2019 budget.

Italy’s economy can ill afford to stall yet again. With a public debt mountain of around 130 percent of GDP, the Italian economy must grow if investors are to be persuaded that Italy’s public finances are on a sustainable path. This is all the more important for the Italian government now that its gross borrowing needs are around a staggering $275 billion a year.

Similarly, Italy’s banks need the economy to grow if they are to work their way out of their still large non-performing loan problem. They also need economic growth if they are to reduce their vulnerability to a doom-loop caused by their excessive Italian government debt holdings.

Sadly, judging by its disappointing track record to date of rolling back its predecessor’s labor market reforms, Italy’s present populist government is highly unlikely to undertake those economic reforms that might jumpstart the moribund Italian economy. On the contrary, in the run-up to the European elections, it is more likely to become even less market friendly than before in an effort to garner electoral support.

Stuck within the euro straitjacket, the Italian government also lacks the macroeconomic tools for stimulating the economy. As part of a single currency, it is the European Central Bank and not the Bank of Italy that manages Italy’s interest rate and exchange rate policy. As such, Italy is precluded from devaluing its currency to restore international competitiveness. At the same time, with a budget deficit that will be swollen by recession, the Italian government cannot resort to fiscal pump priming without destabilizing its bond market and without incurring the ire of its European partners.

All of this has to be of the utmost concern not just for Italy but for the global economy as well. After all, the Italian economy is approximately 10 times the size of that of Greece and it has a government debt in excess of $2.5 trillion. In addition, it has a populist government whose economic policies are at odds with those of its European partners. That will make it all the more difficult for the Italian government to get a bailout package if investor appetite for its debt does indeed evaporate.

It is hoped the Italian government will heed the early warning signs coming out of the market and start seriously reforming the economy. If not, we should brace ourselves for yet another and more vicious round of the European sovereign debt crisis.