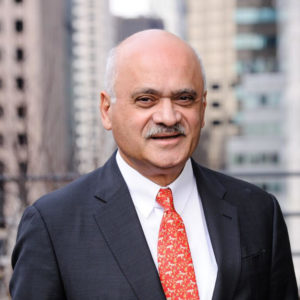 ‘It’s Not How, It’s Who’: Bharat Bhise On Doing Business In China Amid Current Turmoil

As a trade war with the US and protests in Hong Kong roil world markets, Bharat Bhise has a message for corporate leaders asking how they should approach doing business in China:

Before becoming a partner of London-based Bravia Capital, Bhise spent nearly three decades as an investor and portfolio manager operating both in Hong Kong and on the mainland.  And the lesson he’s learned is not to expect a western-style “it’s just business” response from China to either Trump’s trade policies or the protests in Hong Kong.

“The Chinese leadership aren’t going to be influenced by what western businesses or governments do, because internally that would be a loss of face,” Bhise told InsideSources. “Xi Jinping got into power in part because he was a strong man who wouldn’t put up with nonsense. I really don’t think he’s going to back off.”

As a result, Bhise says, people doing business in Hong Kong need to take an “it is what it is” approach.

“You wake up in the morning and nothing’s changed. So businesses have to find a way to deal with China and Hong Kong as they are.” For Bhise, that meant moving out.

“I’ve restructured my entire business based on what’s happened in China. We were a Hong Kong-based company, the vast majority of my holdings were Hong Kong-based holdings, but, in essence,  I shut down my Hong Kong office two years ago. I wouldn’t say I expected these riots, but I didn’t like the writing on the wall.”

In the past, the flow of money in and out of Hong Kong has been relatively stable. However, according to data from TransferWise, a money transfer company based in London, for every $1 customers moved into Hong Kong thus far in August, about $2.64 left the city.

Meanwhile, Hong Kong has suffered two consecutive quarters of disappointing growth, and stocks have lost nearly half a trillion dollars of value since early June. The Hang Seng has fallen around 10 percent since May, and at least two high-profile, multi-billion-dollar share listings—by Alibaba and Anheuser-Busch InBev – have been postponed.

And, some analysts fear, the protests could add to existing economic issues in Hong Kong — like concerns about a housing bubble — to create a crisis on the island that could be a tipping point for the world’s economy. “One shock that is concerning me a great deal at the moment is the turmoil in Hong Kong,” Harvard University economist Carmen Reinhart told Bloomberg. “These are not segmented, regional effects. These have truly global consequences.”

If this is true — and that’s certainly the consensus of the global investment community — why would China allow the current situation in Hong Kong to continue? Particularly while they’re engaged in an escalating tariff fight with President Trump?

Why not, for example, replace current Chief Executive Carrie Lam with someone who would de-escalate tensions?

“Because to the Chinese government this would represent a loss of face for the Communist Party, and that’s not a good thing,” Bhise says.  And with the power of the government and the Chinese economy inextricably linked, Beijing is reluctant to show such weakness.

“When we think of capital investment in the west, we think of private investors investing their wealth at their own risk. But in China, because the state owns virtually the entire banking system, there’s only one investor: The Chinese government.

“In China, individual people may lose face, but only the government loses the money,” Bhise says.

And, he believes, this is why it’s vital companies doing business in China have strong, personal ties to people who are connected to the Chinese leadership.  Those connections are more important than any business plan or valued portfolio.

“In China, you can do anything you want to do—as long as it fits in with the government’s plan. Which is why who you are doing business with is so important.”