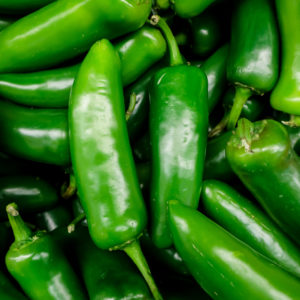 Health care is intrinsically different from other economic sectors — the conventional wisdom goes — because in health care, competitive markets and innovation push costs up, rather than down. There are many reasons this purportedly immutable dichotomy is codswallop. Here’s one small slice of evidence to the contrary:

Around 15 years ago, I suddenly developed a serious dysphagia (inability to swallow properly). I regularly choked on food and ran the risk of dangerous pulmonary aspiration. Quite scary.

My doctor advised me that for peace of mind, I should avoid exploring the alarming possibilities on WebMD, and I had already decided not to. He did an exhaustive battery of tests, including an upper GI gastroenteroscopy.

That procedure was curiously entertaining and, surprisingly, not particularly uncomfortable. The technician lowered a camera attached to what felt like a string of Mardi Gras beads down my gullet and into my stomach, and then brought it back up. On a bright screen in a darkened room, I watched my esophageal muscles dance the rhumba, and the technician narrated an informative travelogue as the camera toured my innards.

Thankfully, the diagnosis was benign — just a middling case of acid reflux. The doctor offered two choices. Option One was to give up caffeine, spicy foods and other tasty but acidic comestibles. Option Two was Nexium (esomeprazole) — the “purple pill” that brought contentment to denizens of TV ads. As long as chiles rellenos, Panang curry, harissa, Szechuan beef, and doro w’et were on the menu, Option One would never be on the table. So, I began a regimen of Nexium. Soon, I was happily swallowing jalapenos again, washed down with strong coffee.

A few years later, my insurer wrote to suggest that I might be interested in switching to a similar drug, Prilosec (omeprazole), which they (the insurer) would not pay for. The letter was shockingly clear, concise, informative and persuasive. While the percentages I use here may be off, the letter went something like this:

“Nexium is effective for 94 percent of the population. Prilosec is similarly effective for 82 percent. Nexium is an expensive prescription drug. We pay an enormous amount for it, and you are responsible for a substantial co-pay. Prilosec is over-the-counter and, thus, not covered by our insurance policy. However, Prilosec’s over-the-counter price is less than your co-pay for Nexium. So, here’s the deal. We’ll suggest that you give Prilosec a try. We will save a small fortune, and you will save a smaller sum. If Prilosec works for you, then we’re both better off financially. If Prilosec proves ineffective, then simply switch back to Nexium. We’ll resume coverage, and you’ll resume the co-pays. As an added inducement to give Prilosec a try, we’ll send you a free six-month supply. The decision is up to you.”

As an individual, I liked the idea of saving money. As an economist, I liked the idea that someone in the health care system was aware of economic logic. I tried Prilosec, and it worked like a charm. I was still as contented as the smiling patients in the Nexium ads, and my consumption of incendiary foods proceeded apace. A few years later, another doctor suggested I try stopping the medications altogether. I did so and suffered no resumption of dysphagia. Acid reflux, it seems, had been a transient affair. Hallelujah, and please pass the enchiladas.

This highly unusual experiment begged five questions: (1) How much could we reduce health care spending — with no harm to health — if all acid reflux sufferers received this offer? (2) How much more successful might such a program be if the insurer offered an extra inducement — say, sharing some of the cash savings with the patients switching from Nexium to Prilosec? (3) What might happen to prices and spending on drugs and other medical goods and services if such deals were offered routinely? (4) What happy factors led my insurer to take make such an unconventional offer? And (5) Why don’t all insurers routinely offer patients comparable deals?

The extreme rarity of such experiments suggests we have barely even tried to harness markets in support of that most vital of goals: better health for more people at lower cost.