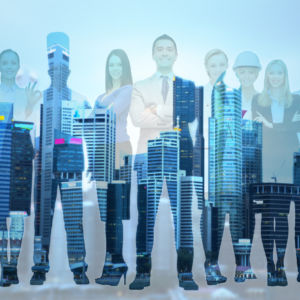 The U.S. economy is continuing to see promising employment growth after a recent slowdown with the addition of 200,000 new jobs in January, detailed a federal report Friday.

President Donald Trump entered office with a commitment to help workers through economic growth. The economy has strengthened considerably over the past year with employment showing fairly steady growth. The Bureau of Labor Statistics (BLS) found in its latest monthly jobs report that the economy started the year by adding 200,000 new jobs.

“Total nonfarm payroll employment increased by 200,000 in January, and the unemployment rate was unchanged at 4.1 percent,” the BLS report states. “Employment continued to trend up in construction, food services and drinking places, health care, and manufacturing.”

“Looking at the labor market things are great on the side of the laborers,” Florida State University Prof. Randall Holcombe told InsideSources. “If you’re hiring, not as good. If you’re looking for a job, things are great. The number of Americans filing unemployment benefits fell. Fewer people are filing for unemployment. You look at the unemployment rate and that is at full employment really.”

The Conference Board, a business membership and research nonprofit, found in a survey Jan. 18 that gaining needed talent remains a top concern of business leaders as issues with the overall economy have begun to fade. The dwindling talent pool could put upward pressure on wages as employers fight for skilled workers.

The BLS found in the previous monthly report that employment growth slowed down with 148,000 new jobs. Job growth over the last year has typically been over 200,000 with a few exceptions. William Conerly, president of the economic advising company Conerly Consulting, notes that this is likely due to employers having difficulty finding available workers with the skills they need.

“The growth in employment was slower than it was a year ago,” Conerly told InsideSources. “But I think that’s all on the supply side. That if we had more people looking for work, we’d have more jobs created. Companies want to hire but they can’t find people. We are supply limited there.”

Former President Barack Obama was still in office when the economy began showing notable signs of improvement in the last few years. He oversaw a sluggish recovery throughout his presidency which followed a severe economic downturn starting in 2007 – now known as the Great Recession.

The economy overall has improved in notable ways over the past year. The Gross Domestic Product (GDP), a primary measure of economic growth, remained strong throughout much of last year with two-quarters of above 3.0 percent growth. GDP for the final quarter of last year did slow down some with just 2.6 percent growth.

The stock market has also shown very positive gains in recent months. The positive trends overall have prompted increased confidence in the economy over the past year. But there are still some lingering issues that have persisted since the recession. The slow growth of wages has become one of the most concerning.

“The median take-home pay actually dropped in this past report,” Notre Dame Prof. Barry Keating told InsideSources. “That’s the one thing in there that’s rather troubling because it indicates some people clearly are getting some higher wages. But the median is going down so there’s a lot of people who aren’t benefiting from that.”

The BLS report found that average wages increased by nine cents and now sit at $26.74 for the month of January. A low unemployment rate typically leads to increased wages because of the higher demand for available workers. Holcombe is hopeful there will be more movement on wages soon – despite the lackluster growth thus far.

“Things are looking really good for employees,” Holcombe said. “If you’re looking for work, this is going to put more upward pressure on wages. You see a bunch of announcement recently about companies that are giving their employees bonuses and raises. A lot of it has been tied to the tax bill.”

The labor force participation rate has also remained another concern with how many people are currently out of the labor market. The participation rate fell considerably since the economic downturn. It bottomed out in recent years –  sitting now at 62.7 percent.

“That basically hasn’t moved,” Holcombe, who teaches economics, said. “It’s below 63 percent when before the Great Recession it was up around 66 percent, maybe even a little higher. We’ve seen a pretty big drop in labor force participation and it’s just stabilized for basically four months.”

The participation rate tracks the number of employed and those actively seeking work as a percentage of the total population. A large population of retirees and student adults likely accounts for much of the lower rate – but there are still plenty of working age adults out of the labor force.

The employment-to-population ratio for prime-age adults has shown a lot of improvement but still hasn’t reached its pre-recession levels. Holcombe suspects there may be a few underlying issues like the possibility the economic downturn moved older workers into an early retirement.

President Trump has looked towards regulatory and tax reform to boost economic growth. He was able to implement a massive overhaul of the tax code while reducing many regulations and federal rules. Keating, who teaches economics and business analytics, believes this agenda has helped drive the strengthening economy over the past year.

“What the Trump administration has done is they’ve tried to deregulate,” Keating said. “I think these are movements that are the result of the deregulatory effect, they are the result of businesses realizing their tax rate has gone down to 21 percent, people realize their marginal income tax rates have fallen. You put all those things together and I think that it’s showing up in the jobs report.”

The business community responded positively to the tax reform law with many large corporations offering raises and bonuses to their employees. Holcombe notes the reforms were likely not the only reason companies have responded in that way – with the possibility that the low unemployment rate is finally putting upward pressure on wages too.

“But if you look at supply and demand conditions in the labor market, it’s probably good P.R. to say we’re getting a tax cut, we’re going to give our workers more money,” Holcombe said. “But really with a tight labor market like this, supply and demand says if want to keep your labor force you have to pay them more.”

President Trump has also looked to reform immigration and trade in ways that prioritize domestic workers. But those efforts have sparked concern from some business leaders and economists. They have urged the administration to not significantly reduce legal immigration or pull out of trade deals like the North American Free Trade Agreement (NAFTA) – which the administration is currently renegotiating with partner countries.