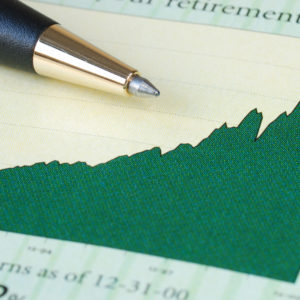 For all the noise around an ill-understood investment option on Wall Street, the state of Kentucky likes its hedge funds.

The Republican governor, Matt Bevin, is a partner in a hedge fund whose offices overlook the Ohio River in downtown Louisville, the state’s largest city. The state’s pension fund has socked away money in hedge funds to a greater extent than most, and it employs former advisers from the firm it invests with. And the area’s teachers, normally critics of alternative investments, have defended decisions to put money into private equity.

While critics have mounted a sustained assault on the allegedly high fees and lack of transparency in the main pension fund, the Kentucky Retirement System, the system’s officials have highlighted their systematic, quantitative approach to investing in these two controversial asset classes.

“The theory behind the use of hedge funds and private equity — and a lot of people don’t know the difference — is important,” David Peden, the chief investment officer at KRS, said in an interview. “At the end of the day, the math says that the best risk-adjusted returns are with hedge funds.”

The debate is far from a trivial matter in Kentucky because the state is home to some of the worst-funded pensions in the United States, by some measures the worst, according to an August study by the Pew Charitable Trust, which tracks state budget issues.

Kentucky owes $35 billion to retirees, with only a small portion of those liabilities covered by the pension funds’ current assets of around $15 billion. It’s part of a broader national issue that a combination of under-funding by state legislatures and lower-than-expected returns have left pension funds around the country in a tough spot.

At KRS the issue has been its investment in a “fund of funds” — a mixture of hedge funds — that is managed by Prisma, a division of Kohlberg Kravis Roberts, the global private equity giant. Prisma created the Daniel Boone Fund, after the native son pioneer, specifically for the Kentucky system, which serves about 350,000 state and local retirees.

On June 30, the fund held 3.3 percent of the system’s assets, about $455 million. The KRS trustees subsequently upped that stake to 5 percent, putting about $700 million of the state’s money in Prisma’s care. During the fiscal year 2016, the Prisma fund of funds lost 8 percent, contributing to an overall loss of value at KRS, even though the overall equity market was up for the same period.

The critics of this approach focus on two arguments: the fees paid, in effect, by Kentucky taxpayers to Prisma, and what, exactly, the taxpayers can know about those fees in the first place. Elizabeth Parisian, a researcher with the American Federation of Teachers, a consistent critic of hedge funds, argued that collections of funds are particularly problematic.

Chris Tobe, a former trustee for the Kentucky retirees from 2008 to 2012, has evolved into a harsh critic of the hedge fund investments, principally on the grounds that the system doesn’t even allow overseers to understand what they are buying.

“As a trustee, I was not allowed to know the names of the funds or see the main contract,” Tobe said. Now that KRS is under pressure for more transparency, he said trustees can see documents, but the staff ensures there are “people staring at you all the time to intimidate you.”
While conceding that there are limits to how much KRS can divulge about its precise investments in hedge funds, Peden simply disputes Tobe’s characterization. “He’ll make the claim that he didn’t know what was there, but he didn’t make the best use of his 4 years here,” Peden said.

Peden added that many other factors should, and do, go into choosing a hedge fund investment. For example, the funds sometimes offer diversification in a way that no other investment can because their performance isn’t correlated to other parts of the portfolio. That limits the risk retirees take.

This point is consistent with other data. The research firm Prequin found in 2014 that most institutional investors valued hedge funds not for their returns, which have been soft in recent years, but for the diversification.

As for the fees themselves, “there is no magic number” since other factors play a role,” Peden said. “There’s a judgement call at some point, though there are levels of fees that we will not go over. We never pay more than 2 and 20,” he added referring to the industry standard of 20 percent of profits above a certain threshold and 2 percent of the investment.

Peden also disputed that there are any ethical issues with his work, since he was employed by Prisma through the end of 2005 and he alone cannot make investment decisions. There would be ethical issues if he wanted to work for Prisma now, but that’s not in question, he said.

The debate over hedge funds has spilled over into a separate one within the Kentucky Teachers Retirement System over how it invests in private equity funds.

Randy Wieck, a history teacher in the Jefferson County school system, where the city of Louisville is located, formed a renegade group with the local teachers union to challenge the teachers’ fund over investing in private equity.

The group, the Teacher Retirement Legal Fund, has taken on the president of the Jefferson County Teachers Association, asking it to push for more information about private equity fees charged to the teacher fund.

“We want transparency,” Wieck said. “We were brushed off.”

The president of the teachers’ association, Brent McKim, has fought off Wieck’s effort with a simple argument: make the details of a good investment public and everyone else will want in, making it less valuable for the teachers.

“If everything the retirement system had access to were available online, that would interfere with the fund’s ability to evaluate valuable investments,” McKim said. “That’s simply contrary to the interest of everyone in the system.”

In August, his group filed a federal class-action lawsuit claiming that the retirement system unlawfully raised contributions to the system to cover the yawning gap between its liabilities and assets.

In its 2014 fiscal year, the KTRS system had about $16.2 billion in assets, roughly half of what it needs to cover its liabilities. Kentucky lawmakers considered a bond issue to raise money for the fund, but it failed.

That said, McKim says some changes to the pension fund would be a good idea. The attorney general, top finance officials and senior lawmakers should have more access to information than they currently do. “Some changes in oversight are appropriate,” he said.