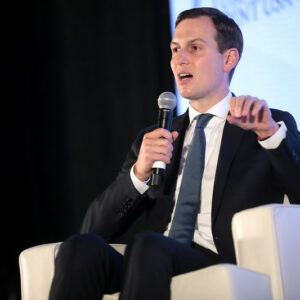 Long before Jared Kushner became the Trump administration’s political fixer, he was behind a company that expected to usher dramatic change into a dizzyingly complex, trillion-dollar industry: American health insurance.

The company, Oscar Insurance Corporation, sought to harness an array of new technologies to provide customers access to easy-to-use and consumer-friendly services while also reducing costs.

Nearly a decade after its founding, however, Oscar serves just a few hundred thousand members, and it’s hard to discern any positive changes its entry into the market has brought. It ranks low with regard to patient and provider satisfaction and has lost hundreds of millions of dollars since its inception.

The company’s record is under heightened scrutiny as it seeks to wrap up its IPO (which disappointed investors) and begins a new chapter that will, it hopes, impact American consumers across the country. The company is seeking to serve patients enrolled in Medicare, the taxpayer-financed health care program for the elderly, under an agreement it reached with another company, Health First Health Plans, in Brevard County Florida.

That makes 2021 a critical year for Oscar and its co-founder Josh Kushner, Jared Kushner’s brother. Joshua and Jared were co-owners of a holding company that owned Oscar until Jared joined the Trump administration in 2017.

Oscar’s mission has been to deliver a more user-friendly alternative to traditional health insurance, but the feedback from its patients and doctors suggest it may not have achieved this goal. A common complaint has to do with the opaque way in which Oscar treats in-network providers: numerous patients have reported that Oscar often lists out-of-network doctors as “in-network” on their website, only to deny coverage for the visit when patients were told they saw an out-of-network provider. Such complaints are not unique to Oscar, but its aspirations make their ubiquity a bit incongruous.

In fact, the Better Business Bureau has ranked Oscar among the lowest of all health insurance providers, while The National Committee for Quality Assurance (NCQA), a not-for-profit healthcare accreditation firm, gave Oscar poor ratings for its work in California and New York.

There are also numerous complaints from Oscar’s customers and providers. Concerns include continuing to bill customers after they have canceled their accounts, canceling accounts without notification, and advertising low-cost insurance plans that don’t actually exist.

And then there are lingering ethical questions about the extent of the relationship between Oscar executives and Jared Kushner, former President Trump’s son-in-law, after he went to work in the White House. Both Mother Jones and The Atlantic report the Trump administration secretly–and possibly improperly–enlisted the Kushner-family owned Oscar to build a coronavirus testing website the administration publicly attributed to Google.

Oscar has proven itself to be an aggressive and successful fundraiser by marketing itself as an industry disruptor whose motto is “health insurance made easy.” Thus far, all signs point to a tech-startup that prioritizes flashy marketing and a sleek app design over actual customer service and making on their ambitious promises.

Glenn Ellis, is a health care expert as well as a visiting scholar at the National Bioethics Center at Tuskegee University and a Harvard Medical School Bioethics fellow. He wrote this for InsideSources.