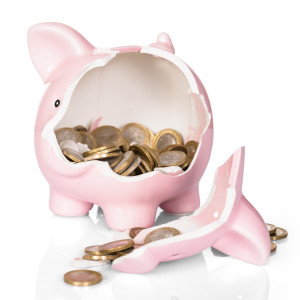 Like it or not, lawmakers’ decisions have a large effect on our everyday lives. From increasing the cost of a car people need to take their children to soccer practice or go to work, to restricting job opportunities using occupational licensing rules (which reduce the supply of providers and raises prices), lawmakers’ actions have a serious and quantifiable effect on how much Americans pay for the things they need and want.

“Costly Mistakes: How Bad Policies Raise the Cost of Living,” a report by Heritage Foundation Research Fellow Salim Furth, attempts to quantify just how much lawmakers’ bad ideas cost people throughout the course of their lives.

For example, Furth says occupational licensing rules, often enacted by state and local governments, add about $1,033 to each and every family’s annual cost of living. Such rules are often passed into law with the stated intention of protecting consumers from low-quality service providers. However, in modern America, where there are near-instant consumer feedback platforms such as Yelp and Angie’s List, occupational licensing rules are unnecessary and often make things worse for consumers.

They drive up prices, insulate less-than-stellar existing businesses from competition, and prevent people from using their talents to earn a living in ways that might serve consumers better.

According to a study by Morris Kleiner, a professor at the University of Minnesota’s Center for Human Resources and Labor Studies, “It is well understood that occupational licensing can serve as a barrier to occupational entry resulting in reduced employment, monopoly rents for workers in the occupation, and higher prices for consumers.”

In a 2006 essay for the journal Regulation, Kleiner wrote, “Occupational regulation has grown because it serves the interests of those in the occupation as well as government.”

By the government’s own admission, mandatory fuel efficiency standards make buying a new automobile increase. In the federal rules themselves, the sticker price of light-duty trucks will rise by $3,000 over the next 14 years.

By requiring the production of cars getting nearly 55 miles to the gallon, the U.S. Department of Transportation and the Environmental Protection Agency are forcing car companies to produce models with features desired by regulators, but not necessarily desired by consumers.

When consumers buy a new car, they take a number of factors into consideration, such as cargo space, look and feel, price, safety, and so on. By requiring fuel efficiency to nearly double over an arbitrary period, consumers’ considerations are left out of the equation, and government regulators effectively become the driving force for new car designs, not consumers.

In addition to the problems created by federal bureaucrats, Americans face a growing number of government-created burdens at the local level. For example, land-use policies directly alter the cost of housing in communities, and housing is often one of the largest line items in a family’s budget.

Furth calculates that land-use regulations add $1,700 to the cost of living for every family each year, which means land-use policies alone can cause more harm to homeowners’ wallets than the federal government policies Furth mentions.

Urban growth boundaries, which is just one example of how land-use regulations affect people, prevents new housing from being built to meet demand by creating “no-go” zones for developers in the interest of preserving parks and other green spaces. Artificial, government-imposed restrictions on where new houses may be built cause the prices of existing houses to go up.

Called “smart growth,” urban growth boundaries have the not-very-smart outcome of forcing consumers to spend more on a place to live, leaving less money for other needs and wants in their lives.

In the coming new year, lawmakers at all levels of government should pause and consider whether their decisions are actually helping people live well or if those policy decisions are just well-intentioned without being well-considered. On the other side, voters should press lawmakers to fix these problematic and costly policies that are hurting American families. As the numbers show, it will be well worth the investment.