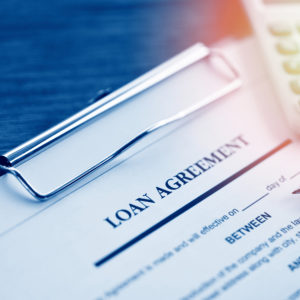 Before the COVID pandemic struck, America was experiencing robust economic growth. Some of the biggest beneficiaries were minorities who saw wages increase and unemployment drop to historic lows. Opportunity is an important part of the American dream, and more Americans were experiencing that dream.

But once the pandemic struck and the lockdowns hit in full force, the once robust economy began to rapidly contract. That meant record unemployment, job losses, and financial difficulties that appeared almost overnight. Now with the economy in the doldrums, most Americans are experiencing economic uncertainly, with minorities and the working class among the hardest hit.

Progressives see the present situation as the perfect time to roll out their untested ideas and pitch them in terms of benefiting minorities and others who have been “left behind.” For example, the National Consumer Law Center’s website claims it is fighting for economic justice and battling against predatory installment lending. That might sound good if facts and results don’t matter. But the truth is this George Soros-backed group seems more focused on denying options to consumers and small businesses than promoting anything that could possibly be called justice and opportunity.

Limiting options rarely benefits the proverbial little guy. The wealthy can afford to operate in a world filled with big government mandates and limitations as they have the resources to figure out workarounds and to lobby for carve-outs to benefit themselves. But the little guy doesn’t have those advantages. What the little guy needs is opportunity, though government regulation rarely expands freedom or opportunity.

So if you’re struggling because of the pandemic and you’ve decided to build your own small business or even rebuild it after it was destroyed by lockdowns, you may need access to funds to make your dreams possible. But if you’ve been unemployed for 18 months thanks to big government shutdowns, or have a poor credit score, or don’t have collateral to secure the loan, how do you borrow money through traditional sources? If you’re wealthy, you have thousands of options to obtain funding. But if you’re an inner-city working-class minority entrepreneur, you have far fewer practical options.

If the extremist left and groups like the National Consumer Law Center have their way, those struggling to rebuild after the pandemic destroyed their job or business will have even fewer options. On a very practical level, reducing options to those trying to build a better future, is not far removed from telling them they cannot have a better future.

Obviously, going to a loan shark isn’t a good idea. But there are banking options that will take a chance on entrepreneurs who are just starting out. The extremist left wants to shut them down though, in effect forcing the desperate to go to a loan shark. The reality is they are pretending to protect consumers from what they call high-interest loans and they use a mathematical trick to advance their nanny state policies that shut down options.

For example, if I borrowed $5,000 from an online lender and then repaid the loan two weeks later and paid a $500 fee for the unsecured loan, the “Annual Percentage Rate” would be 300 percent. A rate of 300 percent sounds horrible and if it was for a 30-year mortgage secured by your home it would be. But for a modern-day Henry Ford, such an unsecured loan – where you provide zero collateral – could be a dream come true.

If the extremists have their way, though, and are able to cap APR at 24 percent or less, the lender would have to agree to loan you $5,000 for a charge of no more than $46. So effectively, these extremists are saying you can’t borrow money, because who in their right mind is going to lend you $5,000 without collateral for only $46?

That’s the problem with the extremist left busybodies — they always think they should make choices for you and that you can’t be trusted to make wise choices. Ultimately the poor and minority communities pay the price.

George Landrith is president of Frontiers of Freedom, a public policy think tank. He wrote this for InsideSources.com.