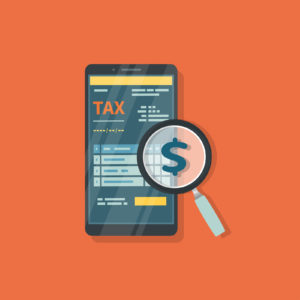 Americans are spending more on digital goods and services than ever before, but an outdated tax code could allow consumers to be taxed multiple times for the same transaction.

Now, an effort is underway in Congress to create national guidelines for taxing the digital economy and protect consumers from this potential multiple tax threat.

Jurisdictional debates relating to sales tax laws for brick-and-mortar transactions are settled based on the location of the buyer or seller. However, the sales of digital products add a layer of complexity that policymakers are struggling to sort out.

For example, consider a California resident who purchases a wireless app from a New York-based developer while on vacation in Maine. The app is downloaded from a server in Virginia. Which state has jurisdiction to levy the tax? Should the tax be imposed based on the buyer’s location, the buyer’s home state, the seller’s home state, the location of the internet service provider, the location of the server storing the app, or some other criteria? Do all the affected states have a right to levy a tax on the transaction? Not settling this question could permit different jurisdictions to levy taxes on the same transaction.

In light of the fact that consumers spent over a trillion dollars in the digital economy, the way policymakers resolve these questions is of enormous importance.

There are no easy answers, but one thing is certain. As long as this ambiguity persists, revenue-hungry states won’t shy away from taxing digital purchases, even if that means imposing multiple taxes on consumers. Over half of the states have already taken action to include some form of the digital economy in their sales tax base, and many more are seeking to follow suit.

These stacked taxes create a slanted marketplace where consumers are penalized for buying digital goods instead of visiting brick-and-mortar stores.

To address these concerns and establish a framework for a single tax jurisdiction for digital goods, senators John Thune, R-South Dakota, and Ron Wyden, D-Oregon, recently introduced the Digital Goods and Services Tax Fairness Act, and members of the House of Representatives have unveiled a similar bipartisan plan.

The bill would resolve the uncertainty regarding which jurisdiction has the right to tax the sale of a digital good or digital service by prohibiting state and local governments from imposing multiple taxes on digital goods and services as they are transferred from one tax jurisdiction to another over the internet on their way to a consumer.

In addition, the bill precludes discriminatory taxes from being imposed on digital goods and services, ensuring they are taxed the same as similar tangible products. For example, if a state does not levy a tax on physical newspapers, then it would be prohibited from collecting taxes on digital newspaper subscriptions, too.

Congressional action on this critical issue is long overdue. The patchwork of state and local policies has created uncertainty for businesses operating in the digital economy and resulted in higher costs to customers. As the digital economy continues to grow in the future, consumers deserve a fair and equitable tax system around the country that neither favors nor penalizes digital transactions. This bill is an important step in that direction.